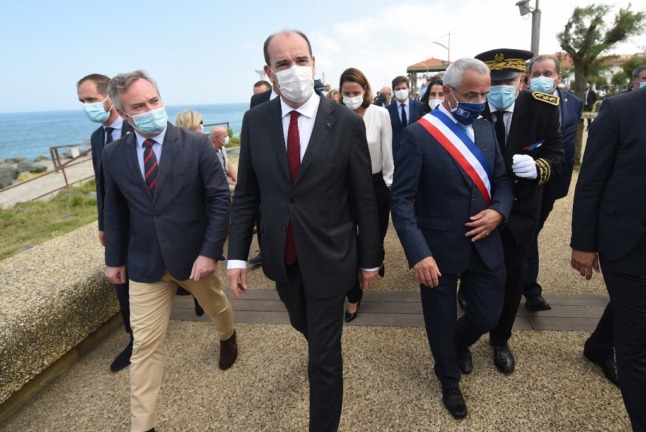 Speaking during a visit to Indre-et-Loire on Saturday, he said that €1.9 billion would be spent on rescuing the tourism sector, which has been severely upended by the Covid-19 pandemic.

Here is the gist of how the government plans to spend the money, promised by the Elysée back in June, over the next ten years:

€750 million will be loaned to businesses working in the tourism sector, at a fixed rate. Individuals will be able to borrow up to €2 million from the publicly owned Bpifrance bank. This scheme is designed to facilitate modernisation and investment within the tourism sector.

A further €500 million in long-term loans will be made available to businesses that don’t explicitly work in tourism, but which could help attract visitors to the country – like restaurants, for example.

On top of this, €650 million in loans and grants will go towards helping some of the poorest sections of French society go on holiday and towards bringing international artists to exhibit their work in France. Some of this money will also go towards what has been termed ‘responsible tourism’.

The government will allocate an unspecified amount of funding to developing ‘high-end’ tourism in France, to bring in wealthier visitors. It will also spend money on developing better transport infrastructure and encouraging innovation and digitalisation within the sector. On top of this, it plans to improve training for those working in tourism.

The government has already spent €38 billion in supporting the tourism sector since the start of the pandemic.

It is determined to keep the sector afloat because of its economic importance for France. In 2019, before the pandemic, tourism accounted for 7.4 percent of French GDP and 9.5 percent of all jobs. The 90 million tourists who visited the country that year brought in an estimated €170 billion.

Globally, the UN estimates that the tourism sector lost €1 trillion because of Covid-19 in 2020. The French government estimates that the economy lost €61 billion in tourism revenue in 2020, while Le Louvre had 70 percent fewer visitors than usual.

Under the current plan, most of the government-backed loans must be repaid within four years. While tourism associations have welcome Castex’s announcements, many are calling for this payback period to be extended for up to 12 years.

Earlier this week, France’s economy minister Bruno Le Maire said there would be no room for negotiation when it comes to paying back the loans.

Castex did not give concrete details on how tourism businesses could access the funds.

If you own a tourism business in France, be sure to regularly check our website, as we will publish a guide on how to access these loans as soon as we have further information.