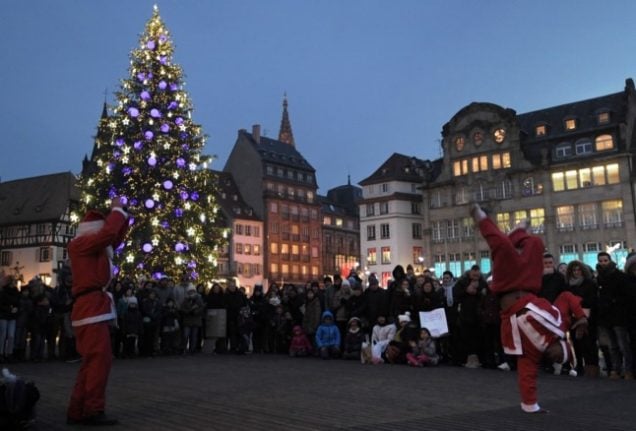 Will travel be open this Christmas? Photo: Patrick Herzog/AFP

We know that it’s only November, but we’re also aware that many readers are making travel plans for Christmas.

With lockdowns and travel bans, festive visits to family and friends in other countries were impossible for many last year – but will it be any different this year?

As Covid cases rise around Europe, we’re taking a look at the travel latest and whether any extra restrictions are likely to be introduced over the holidays.

Will travel to and from France to open this Christmas?

Assuming travel will be possible, readers going between France and the UK will be faced with their first post-Brexit Christmas, which has an impact both on the treats and presents that you can pack in your suitcase, and the items you can send by mail.

Travel between France and the UK: What can I pack at Christmas?

But there’s still the possibility that the French government might give you a gift – such as some free French classes.

We’re taking a look at the Mon Compte Formation scheme, which allows those working in France to claim a training budget, which for foreigners can be spent on French language classes.

It’s also surprisingly easy to register ever since the creation of an app, so we take you through the process.

It probably won’t be on your course syllabus, but do you know how to properly use voilà?

Perhaps one of the best-known French words of all, its day-to-day use in France is somewhat different from its meaning in the English-speaking world and it can be used in a surprising variety of different situations.

How the French really use voilà

Our columnist John Lichfield is also pondering the French language.

Taking a step back from his usual subject of politics, he is considering the changes that have occurred in the French language in his nearly 25 years in the country and the divides that have arisen around some of the ‘new’ words.

OPINION: There’s a new divide in France – between those who say ‘hop’ and ‘toc’

And speaking of John, if you like his pieces you can get them sent directly to your email – sign up here.

This week also saw the three-year anniversary of the first ‘yellow vest’ protest in France.

We take a look at what happened to the movement that once commanded huge numbers of followers and even at one point seemed like it might topple the government.

Whatever happened to France’s ‘yellow vests’?