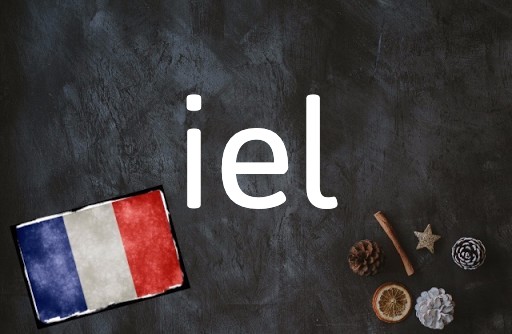 Why do I need to know the word iel?

Because gender is a construct.

Pronounced ‘eee-elle’, it is the combination of the French words il and elle, (he and she) and is a gender-inclusive pronoun, the equivalent of calling someone they or them in English.

It can be either used to describe someone whose gender is not known, or to describe people who identify themselves as non-binary (neither male nor female, or both at the same time).

The recent inclusion of iel in Le Petit Robert, a famous French dictionary, has been criticised by the country’s education minister – a longtime critic of so-called ‘inclusive writing’.

In response, the dictionary publishers said that usage of the word iel was becoming increasingly common.

As a pronoun, iel replaces il or elle:

Iel a réussi à me convaincre – They (singular) have convinced me

It can also be used in a different context to replace lui or elle:

On verra ça avec iel – We will see that with them (singular).

Because iel is neither a masculine of feminine pronoun, you may wonder how to ensure whether to follow with gendered adjectives. The rules are flexible, but you essentially have two options:

READ ALSO What is ‘inclusive writing’ and why is it banned in French schools?

While iel is probably the most common inclusive pronoun in France, there are plenty of others to choose from.

To replace lui and elle, there is: ellui (singular)

To replaces eux and elles, there is: elleux and euxes