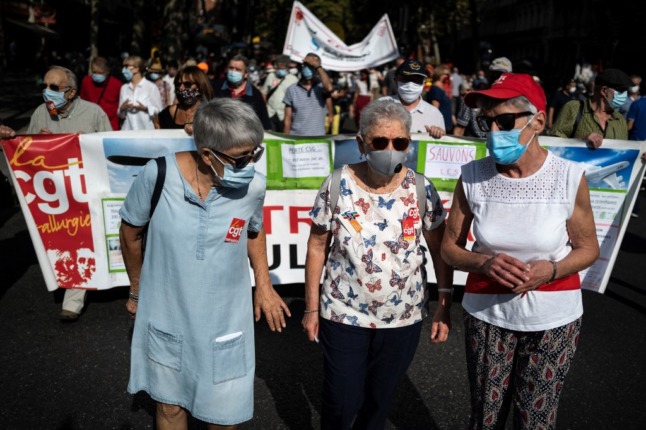 People take part in a demonstration against proposed pension reform in Toulouse. Macron has dropped the proposals - for now (Photo by Lionel BONAVENTURE / AFP)

Pension reform has long been an objective of Macron’s presidency. The aim was to merge France’s dozens of separate pension systems into one simplified system.

Attempts to push the reform through have been met with significant resistance, with late 2019 and 2020 seeing the longest-running transport strikes since 1995.

In his address to the nation on Tuesday evening, Macron took pension reform off the table – at least until after April’s presidential election.

“The health situation that we are living through is getting worse everywhere in Europe,” he said.

“The unanimous wish expressed by trade union and professional organisations to concentrate efforts on unity at the moment that we are living as a nation means that the conditions are not there to start work on this [pension reform] again.”

The President said he would still like to see public and private pensions harmonised in the future but that this would be subject to democratic debate in 2022.