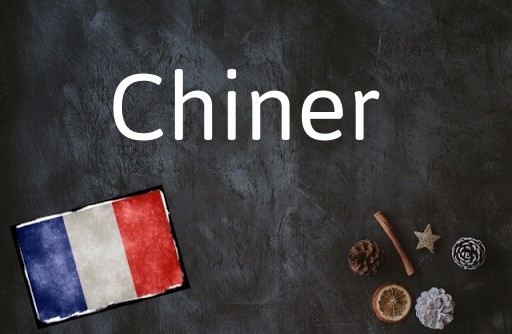 Why do I need to know Chiner?

Because this word – pronounced shee-nay with a soft c, not a ‘ch’ sound like in chocolate – has so many meanings you’ll want to make sure you use it the right way.

In France, this verb is most commonly used when you go bargain hunting for old furniture or second-hand goods at a Brocante – a vintage or second hand.

But for the younger generation it doesn’t quite have the same meaning.

In fact, chiner somebody means trying to chat someone up or hitting on them. Tu la chines? – Are you hitting on her?

While younger people use it that way, it funnily doesn’t really mean that at all. In fact, according to the French dictionary’s definition, chiner means “to criticise, to laugh at” but this is very rarely heard nowadays.

Ce mec n’arrête pas de me chiner, j’en ai marre ! – This guy keeps hitting on me, i’m sick of it!

Draguer – to flirt or to hit on

Although chiner sounds a bit like the English word shine, it does not have this meaning in French. The verb ‘to shine’ is instead briller.