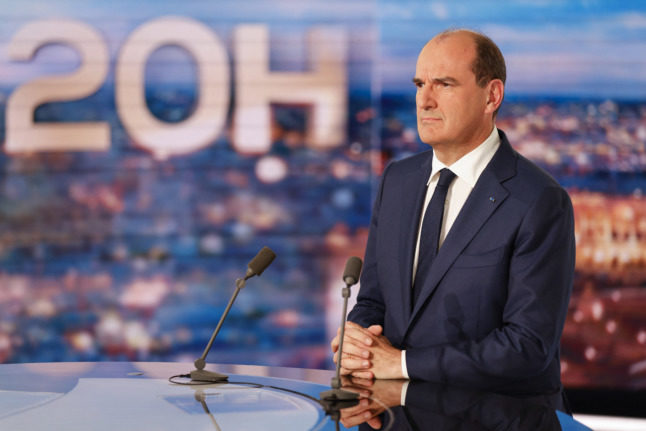 Almost three years since the start of “yellow vest” protests that rocked French President Emmanuel Macron’s government, Prime Minister Jean Castex said €100 would be paid to those whose monthly income is less than €2,000 to help them with the increasing cost of petrol -gasoline) and diesel.

This will affect some 38 million people, regardless of whether or not they have a car, he said, and will be automatically sent out automatically starting in December.

He added that the government’s price freeze for household gas, which he announced on September 30th and which was due to run until April 2022, “will be maintained for the whole of 2022”.

Like all countries across the world, France has been hit by a surge in oil and gas prices since the middle of the year caused by a spike in global demand and supply shortages.

But France’s president Emmanuel Macron has particular reason to worry: the violent anti-government protests of 2018 by protesters in florescent yellow safety vests were sparked by anger over rising fuel prices and taxes.

In six months’ time, the 43-year-old head of state is expected to seek a second term – and was hoping to build his campaign around his record on job creation and tax cuts.

“Every time there’s a concern about people’s livelihoods, we’ve responded,” Aurore Berge, the head of Macron’s party in parliament, claimed on Franceinfo radio on Thursday.

Polling shows that the cost of living is the number one concern for French voters – far ahead of issues on immigration that Macron’s far right opponents are focusing on.

“We obviously want to protect French people, above all those people who work hard and are taking the full force of these price rises,” government spokesman Gabriel Attal told journalists on Wednesday.

Last weekend, small protests were held in some rural areas and small towns – the heartland of “yellow vest” discontent – suggesting the first rumblings of dissent over recent rises.

Average diesel prices hit an all-time record last week of €1.5583 a litre, while petrol was at nearly a 10-year high at €1.6567 a litre, slightly below the all-time record reached in April 2012, official data shows.

For Macron, who remains the favourite for next April’s election, the response to the energy crunch could be vital ahead of an election in which his far-right opponents are already campaigning on immigration, Islam and French identity.

Eight out of 10 households have a vehicle, according to official statistics.

Attal was clear about the threat to the president’s economic record after five years of tax cuts and efforts to raise the purchasing power of French consumers.

“We don’t want the rise in energy prices, particularly petrol, to wipe out these measures,” he said Wednesday. “It’s not the case yet today, but the rises are nibbling away at these efforts.”