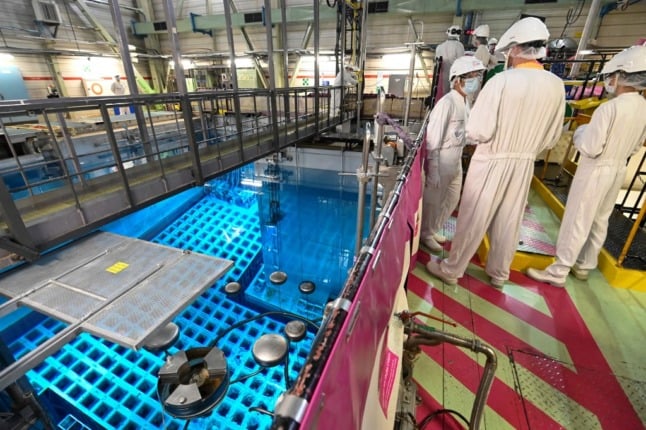 Rapid-fire references to Europe’s first low-carbon aeroplane, green-hydrogen factories, French-built semiconductors and millions of electric vehicles – all up and running by 2030 – were bulleted into a speech perhaps most politely described as wide-ranging.

Controversially, his speech included a new commitment to nuclear power, as Europe faces up to an energy crisis- reversing several years of efforts to reduce the country’s dependence on this form of energy production.

Macron said France will invest €1 billion in nuclear power by the end of this decade – some five years earlier than previous best estimates. “The number one objective is to have innovative small-scale nuclear reactors in France by 2030 along with better waste management,” he said.

His plan is to roll-out a number of so-called Small Modular Reactors to meet rising demand for energy.

These produce between 10MW and 300MW of electricity, compared to the current range of 900-1,450MW produced by conventional reactors – and are easier to build. They, basically, arrive in kit form for on-site assembly.

Environmental campaigners, convinced Macron was on their side, are disappointed in the U-turn back towards nuclear power.

“Every euro invested in nuclear is a euro not invested in other energies,” said green MP Matthieu Orphelin. “A permanent, headlong rush into nuclear power will not save us.”