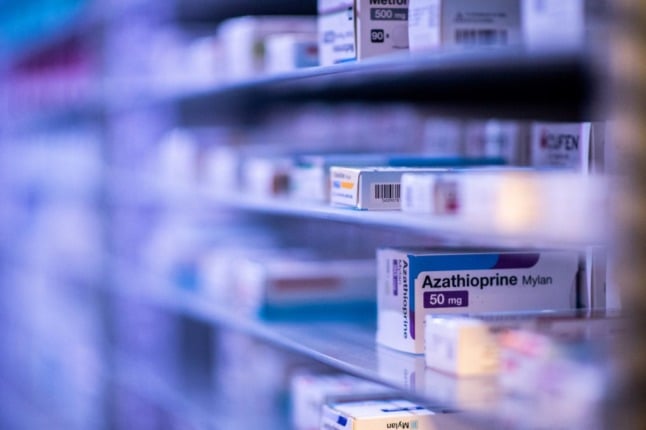 Accessing medical care in France can be done at pharmacies, doctors or hospitals. Photo: Martin Bureau/AFP

For those who live in France, accessing healthcare is pretty simple through the Assurance maladie system – click here for more.

But second-home owners are not counted as residents, so they have different rules on getting healthcare if needed.

Unlike in the UK, GPs or family doctors are happy to see anyone, there is no need to be registered at the practice.

The same is true for specialists, you can make an appointment directly with a specialist such as a dermatologist, gynaecologist or cardiologist without needing to be referred by a GP.

If you have an urgent problem you can go to a hospital A&E or emergency department as a walk-in and if it is a medical emergency you should call 15 for an ambulance or 18 for the fire and rescue service.

There is also a general European emergency number – this is 112 and operators speak multiple languages including English.

Most French towns have a pharmacy (look out for the green cross) and pharmacists are qualified to give out medical advice and consultations on less serious matters, so if you’re only mildly unwell consider consulting a pharmacist. If they think your condition is more serious, they will direct you to a local doctor.

Booking a medical appointment is done directly with the doctor or their secretary and you can look up a phone number and call directly.

There are also several medical booking apps in France, the most widely used of which is Doctolib. You need to create an account with the app and can then search for the type of doctor (or dentist) you need near to your location.

The app also lists the languages spoken by each doctor, which can be handy if you want an English-speaking medic.

But while access to doctors is easy, don’t expect the appointment to be free.

The French medical system is a reimbursement one, which means that everyone pays upfront for medical appointments, procedures and prescriptions and is then reimbursed later – either by the state health system or through private insurance.

While for Brits the act of paying upfront for healthcare can come as a shock, Americans are likely to find the charges low compared to what they are used to.

The cost varies depending on the type of doctor and the treatment needed, but a standard appointment with a GP or family doctor is €25.

If you go to a hospital emergency department and have a consultation but are not admitted to the hospital, the standard fee is also €25, plus the cost of any prescription that you may need.

The standard charge for a hospital stay (excluding treatments) is €20 per day, or €15 per day for a psychiatric hospital. There are exemptions to this including pregnant women, newborn babies and victims of terror attacks.

If you need to call an ambulance the callout itself is free but you may be charged for the trip to hospital. Being taken to hospital by the pompiers (emergency fire and rescue workers who have extensive medical training and are regularly called to incidents such as car crashes or falls) is free but prank calls to emergency services can lead to a fine of more than €400.

While everyone – French people, foreign residents and visitors – is required to pay for medical treatment, there are ways of getting some or all of your costs reimbursed.

For residents of France this is via the carte vitale (health card) that comes with registration in the French health system, however this is not open to people who do not live in France.

Non-residents will need health insurance, but some are eligible for government-run schemes.

EU – If you are resident in an EU country other than France, you can use the European health insurance card. This is an EU-wide scheme whereby EU governments agree to pay for the medical treatments of their citizens when they visit other EU countries. The card has slightly different names in different countries, but can be obtained from the state health system in your country of residence.

British – Brits are no longer entitled to the European health insurance card since Brexit, but for residents of the UK there is a new card known as a GHIC (Global Health Insurance Card) which France has agreed to accept.

Coverage – both the European card and the GHIC, however, only cover emergency or unplanned treatments, and almost never cover the cost of repatriation, so visitors are advised to also have their own travel insurance with health cover.

Non-Europeans – once you’re outside of Europe things become more complicated since it’s a question of bilateral agreements on medical cover, so you need to check what your state health insurance (if it exists) covers – for example Canadians are covered for medical treatment in France over a maximum period of three months.

If your country doesn’t have a bilateral agreement with France, or does not provide state medical care, then you will need a private health insurance policy that covers visits to France in order to claim back the cost of any medical treatment.

Y a-t-il un médecin anglophone dans le cabinet ? – Is there an English-speaking doctor in the practice?

MONEY
Everything you need to know about France’s 2022 summer sales
Url copied to clipboard!