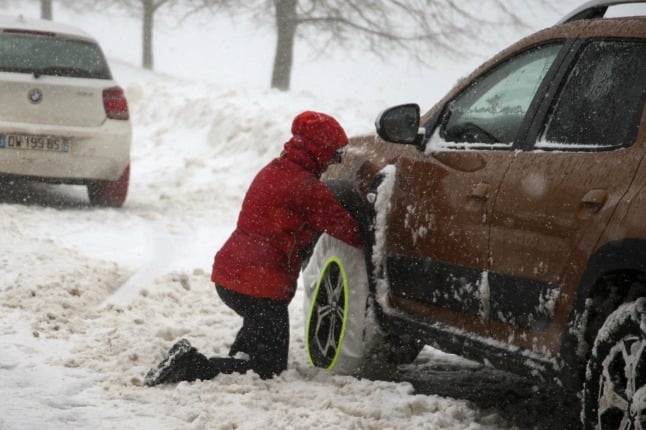 A woman puts snow socks on the tyres of her car. (Photo by Pascal POCHARD-CASABIANCA / AFP)

The Loi Montage II (mountain law II) was signed into effect in 2020 and had meant that, from November 1st 2021, drivers in 48 of mainland France’s 96 départements were legally required to have winter or all-weather tires fitted to their vehicles, or carry chains in the boot of their vehicles.

Under the law, anyone who drives without the correct tires or chains could be fined €135.

Until the announcement, nearly two-thirds of motorists (65 percent) were unaware the law was due to come into force, according to a by Opinionway for tire specialist Point-S.

The rush to comply with the law led to a shortage of winter tires in parts of the country.

But there will be a year’s grace before any fines or serious crackdown for failing to comply with the general law, Interior Minister Gérald Darmanin has revealed.

“Future breaches of the requirement to keep snow chains in your boot or to fit winter tires in the departments concerned will not be punished this winter,” he said.

“Education and information campaigns will take place alongside the introduction of this rule in the next few weeks.”

Police officers may instead pull over drivers and warn them about the new requirements.

His comments came after Secretary of State for Rural Issues Joël Giraud told L’Est Républicain newspaper that the decision to delay implementing the law was because “road signage would not be completely ready by November 1st”.

Signs in the areas affected by the tire rule will show a symbol of a mountain with a suitcase of chains and a tire.

Giraud noted, too, that the law merely specifies that ‘special equipment’ that is capable of handling winter conditions is required in the 48 départements listed – meaning chains, snow socks, winter tires, or all-season tires were acceptable.

“I have the impression that manufacturers and snow tire dealers are playing a little music to make people believe that snow tires are mandatory,” he said.

The law will now be enforced with fines from November 1st, 2022. 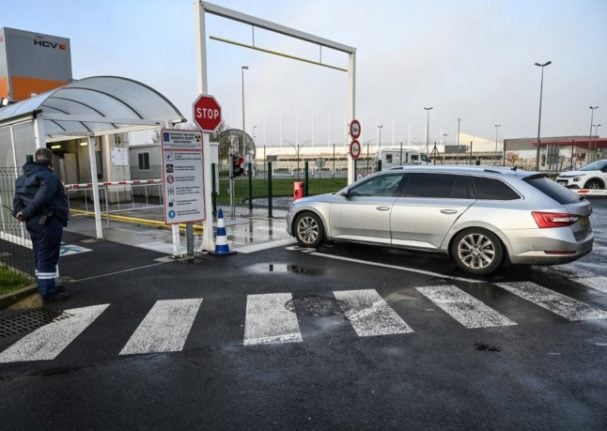 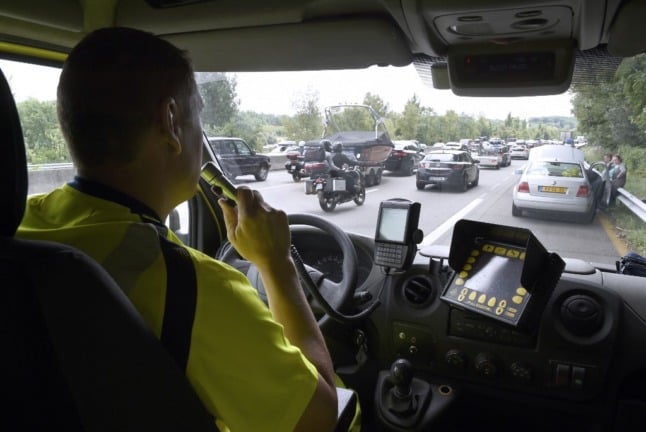 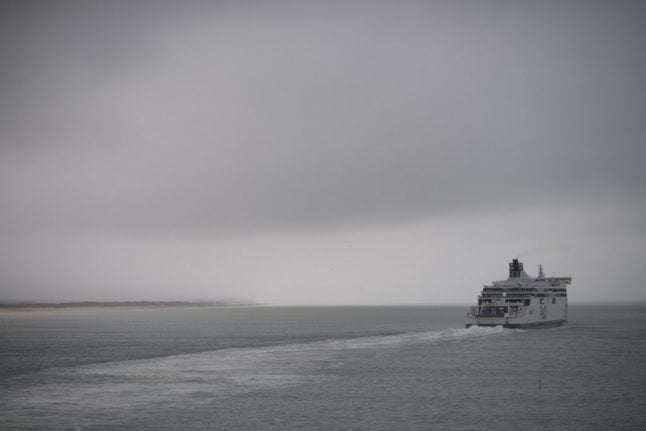 Schools in northern France used to do regular day-trips to the UK, since it’s just a short ferry-trip away, as well as longer visits, but many teachers say they have stopped this since Brexit.

School trip organisers in northern France have noticed a large drop-off in the number of school trips to the UK. “Before Covid, we used to organise about 40 trips a year. This year, it will be about 10,” said Edward Hisbergues, a school trip organiser from Maubeuge in the Nord département.

According to Hisbergues, Ireland is now the more straightforward option because it is an EU Member State, although trips there are more expensive.

Since October 1st, 2021, any European citizen wanting to visit the UK has needed to hold a passport when previously a national ID card was sufficient.

Since the ID card can be used for travel anywhere within the EU, many French people don’t have passports, meaning that parents need to apply for a passport for their children in order for them to go on a school trip.

For French children aged up to 14, a passport costs €17. For children aged between 15 and 17, it costs €42. An adult passport costs €86. It is often enough for hard-pressed parents to think again, especially for day trips to cities in the south-east of England, such as London, Canterbury, or Brighton.

Meanwhile, children at French schools who hold non-EU passports require a tourist visa, at a further cost of £100 – it also requires a trip to the British Embassy in Paris.

One possible solution – a collective passport, allowing groups of French children to travel to the UK on one document – has reportedly been discussed in government, but plans have not yet seen the light of day.

Pre-Brexit, around 10,000 school trips a year came from France, representing a direct annual input into the UK economy of £100m, according to travel companies.

Detailed post-Brexit figures are not yet available – since travel was heavily restricted by the pandemic in 2020 and 2021 – but anecdotal evidence from trip organisers suggests that the number has fallen.

DRIVING IN FRANCE
Who to call and what to say in a driving emergency in France
Url copied to clipboard!