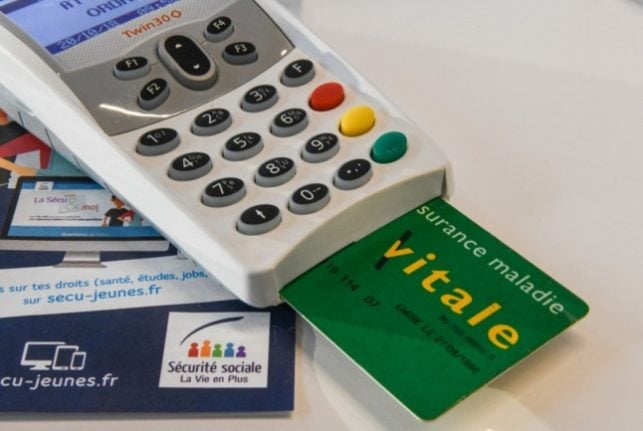 Counselling sessions will be reimbursed on the carte vitale. Photo: Denis Charlet/AFP

Previously, the majority of people who required help with mental health had to pay for their own sessions, but from 2022 these can be reimbursed under the French state health insurance via the carte vitale.

In April, Macron brought in a ‘chèque psy‘ package for young people suffering from the effects of the pandemic and lockdown.

Announced on Tuesday, there are still some details yet to be revealed about the reimbursement, but people will need to be referred for help by their GP or family doctor.

The sessions are available for anyone over the age of three and will be reimbursed at a rate of €40 for a first consultation and then €30 per session.

The current cost of sessions varies by area and specialism, but is on average €50.

Sessions will come in “packages”, suggesting there would be a limit on the number of sessions.

“It is a renewable package but we have not yet defined how many. That will be discussed,” added the Health Ministry.

The announcement was part of a package of measures agreed at a mental health conference including a national suicide-prevention hotline, first aid training in mental health and the creation of 800 new hospital posts in areas where waiting lists are long.

At present stays in a psychiatric hospital or treatment by a psychiatrist for illnesses such as schizophrenia are covered by the state health insurance, but people who require therapy in the community for issues including mild depression and anxiety must pay for them.

Despite this, one third of French people have consulted a psy, according to a 2017 YouGov poll.

There are 80,000 registered mental health practitioners in France, including 20,000 community-based psychologists. According to 2015 statistics from the EU, France has 84 psychologists per 100,000 inhabitants, nearly three times more than the UK which has 32.

Mental health help in France is generally through either a psychologist or a psychoanalyst, the practice of counselling is less well known.

EXPLAINED How to access mental health help in France