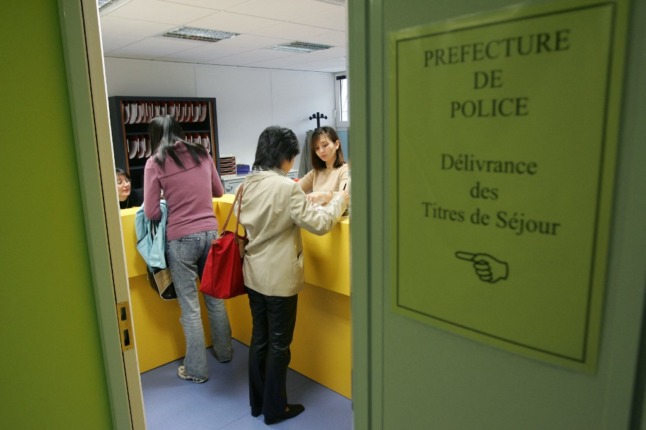 Around the EU, many countries have already closed their applications for residency for Brits who are covered by the Withdrawal Agreement – meaning those people who were full-time legal residents in an EU country before December 31st, 2020.

France’s original deadline was June 30th, but this was extended until September 30th, 2021.

So as the flood of residency applications comes to an end across Europe, the EU has released new data showing how many people have applied and how many requests were granted.

The EU’s Fifth joint report on the implementation of residency rights under part 2 of the Withdrawal Agreement brings together data from all EU member states – and the UK – on post-Brexit residency applications.

In many EU countries, all foreigners have to register for residency after a certain length of time in the country. France is one of the few which has never required EU citizens to do this, so no-one has ever been quite sure how many Brits live here – most estimates put it at around 200,000 people.

According to the EU report’s estimate, France has 148,300 Brits.

However by September 6th, when the data in the reports dates from, 162,100 people had applied for residency in France, suggesting the EU figure is an under-estimate.

A report from June by the British Embassy in Paris suggested that at least 10,000 Brits living in France were yet to apply.

Of the 162,000 applications received by French authorities, 151,300 applications had been concluded by September 6th – leaving more than 10,000 people still waiting.

More will likely have been concluded since then, but it is also still possible to apply until September 30th, so local préfectures are still processing applications.

A spokesman campaign group British in Europe said: “We are concerned to learn that there are thousands of applications still in the works.

“The decree to extend the physical card deadline beyond October 1st is long overdue, this should have been agreed when the application window was extended to September 30th.

“Employers, education establishments, border guards and more all need to know any change to the October 1st deadline so that none of the thousands of unprocessed applicants face unfair repercussions.”

The percentage of outstanding applications roughly correlates with surveys done by the citizens’ rights group Remain in France Together (RIFT), which found that although the majority of people had their cards, many hundreds more were still waiting.

READ ALSO What changes for Brits in France on October 1st

A RIFT spokesman said: “If our survey results mirror the situation for all UK Nationals and their family members across France, many thousands will be in a precarious situation on October 1st 2021.

“The French Government has not yet officially changed the deadline and there are so few working days left.

“We call on the French Government to please give official notification of an extension immediately and to declare the number of applications made and finalised. Clear communication is vital.”

Early technical problems on the application site had lead to some duplicated applications, which will account for at least some of the listed rejections.

There could of course be multiple reasons why people might change their mind and withdraw their applications, but at least some of these are likely to have been from second-home owners who initially made the application in order to secure visa-free access to France, or just to keep their options open if they decided to make the move full time later.

READ ALSO Can I be resident in France and the UK?

Residency in France comes with obligations – including filing an annual tax declaration in France – and since it is not possible to be resident in two countries at once it involves giving up residency in UK, with the consequent loss of rights such as access to the NHS.

Second-home owners who want to spend more than 90-days out of every 180 at their French property without actually moving here need instead to get a visa.

If you are a resident who has not yet applied for a carte de séjour, find out how HERE.

PENSION
What to know about your French pension if you worked in another EU country
Url copied to clipboard!