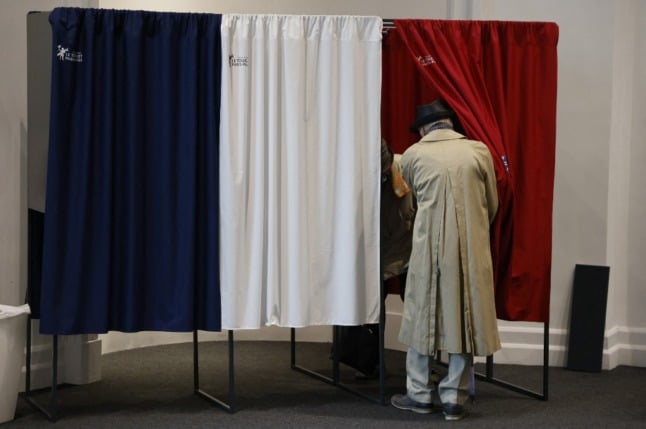 They were a key feature of the 2017 presidential election.

Inspired by the American model, the traditional centre-left and centre-right parties Parti Socialiste (PS) and Les Républicains (LR) as well as the Greens all selected their candidate following primary elections, which included televised debates.

The failure of any of those candidates to make it to the 2017 presidential run-off put plenty of people off that idea.

This time PS and LR opted for a vote open only to party members while the Greens held a full primary.

Meanwhile, Marine Le Pen of the far-right Rassemblement National (RN) and Jean-Luc Mélenchon of the far-left La France Insoumise have already announced their intention to run and leftist Arnaud Montebourg is also running with the backing of a new movement named l’Engagement.

Incumbent Emmanuel Macron has not yet declared whether he will run, but it is widely expected that he will.

Anybody can run for President in France, you just need to be a French citizen, at least 18 years old and eligible to vote.

However there is one major hurdle to clear before you can be added to the official list of candidates: you need to be nominated by at least 500 elected officials from 30 départements or overseas territories, without more than 10 percent coming from one département or overseas territory. These could be MPs, MEPs, mayors, regional councillors, or any other elected official.

Right now, candidates are working on assumptions based on promises from these elected officials. The race to officialise presidential candidates’ ‘parrainage’ doesn’t formally begin until January 30th.

The period in which candidates can gather nominations will begin at least 10 weeks before the first round of the presidential election in April 2022, and will end six weeks before the election, after which point it will be impossible to launch a campaign. The final deadline for candidates, with the appropriate number of sponsors, to be added to the official list is therefore March 4th.

The list of candidates will be officially published on March 8th.

Although in reality most candidates are already in full campaigning mode, campaigning officially begins six weeks before the vote.

But in terms of TV and radio appearance, the rhythm of the campaign follows rules set by the Conseil supérieur de l’audiovisuel (CSA) media regulator, which delineates three separate periods to the campaign with different rules on who can be given airtime.

In the first period, the time TV and radio programmes spent talking to, or about, candidates or their backers was monitored according to an equity principle – meaning the time allotted to each candidate was based on their popularity and importance in the election. This year, that period began on January 1st.

READ ALSO What are the rules for French presidential candidates appearing on TV?

Two weeks before the vote, the principle of equity was replaced by equality, meaning all candidates must be granted the same airtime, regardless of their chances of winning. Equal airtime rules this year start on March 28th.

From a financial point of view the campaign has already begun: campaign spending is counted from July 1st 2021, so candidates must already begin combing through their expenses and figuring out which are linked to the campaign, if they don’t want to end up like Nicolas Sarkozy.

The most important dates to remember are April 10th and April 24th.

All candidates stand in the first round of voting, and then the two with the highest score go through the the second round two weeks later. By tradition, polling day is always a Sunday but because of the time difference, citizens in certain overseas territories will vote on the Saturday.

Not everybody is happy about the dates. Marine Le Pen has complained that the first round falls during the school holidays in the Provence-Alpes-Côte d’Azur and Hauts-de-France regions, where her party would expect to do well, and that all schools will be on holiday for the second round.

The investiture of the new president can take place any time between the election and the end of the current head of state’s mandate, on May 13th. Recent presidents have all taken office after between one and two weeks. If Macron manages to win a second term, he will continue his mandate.

But voting doesn’t end once the occupant of the Elysée is decided.

Ever since the length of a presidential term was reduced from seven years to five years in 2000, meaning it was the same length as mandates for MPs in the Assemblée Nationale, presidential and legislative elections are always held the same year.

This time, the French will vote for their MPs (députés) two months after choosing the President. The first round of voting will take place on June 12th, with the second round a week later on June 19th.

Finally – there’s a bit of financial tidying up. Campaign accounts must be submitted to the Conseil constitutionnel by June 24th, 2022. It has six months to validate them and determine any sums to be reimbursed to the candidates according to their results in the ballot. The reimbursement amounts to 47.5 percent of the expenditure ceiling for those who obtained more than 5% of the votes cast in the first round, and 4.75 percent for the others.