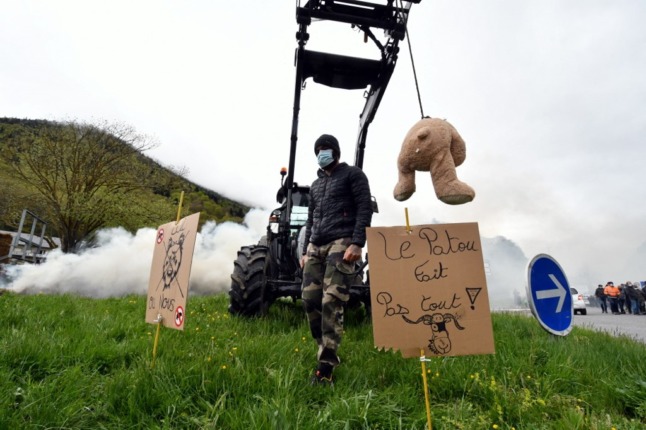 An anti-bear protest in the Pyrenees. Photo: Laurent Dard/AFP

Wild animals are returning to France, especially to its mountains. Wolves have been crossing the border from Italy, and there are now over 600 in eastern and northern France (as John Lichfield has written in The Local).

But bears have made a much more spectacular leap, being transported across Europe in specially adapted vans. As a result, there are now at least 64 of them in the Pyrenean mountains between France and Spain. Both species are officially welcome, protected under the 1992 EU Habitats Directive.

Some people hail the return of these large predators as a triumph for nature conservation. Others are less happy. Shepherds have seen their flocks attacked repeatedly. Hunters find themselves in dangerous situations. Last year, two bears were shot dead in the Pyrenees and one deliberately poisoned. My involvement with the Pyrenees and bears started in the mid-1990s when I moved to the winemaking district of the Corbières (Aude). At that time, I had little idea that there were bears in the nearby mountains. After all, there were only five left, holed up at the other end of the range, troubling no one. There had always been bears and festivals still celebrated them, but soon they would die out and they would be relegated to folklore.

Yet, at the same time as I was sketching out my new life, the French government was rewriting the scenario for the bears. It started by releasing three Slovenian bears south of Toulouse. A further five were released in spring 2006 despite protests from shepherds. By the following winter, the anger had dissipated and, as the annual farming cycle repeated and little changed, it seemed that the bears were becoming accepted. A decade later, there were 39 of them. Farmers dump corpses of sheep in front of préfecture in Bayonne to protest against bear attacks. Photo by Nicolas MOLLO / AFP

That relative acceptance evaporated in 2017. Suddenly the number of attacks and the number of dead sheep exploded. On Mont Rouch in Ariège, two hundred and nine sheep died during a single incident. Only one sheep was eaten, but the rest panicked and tried to run down a steep slope.

“It was as if they had fallen from the sky…” said Gisèle Gouazé, one of the farmers involved. “A river of carcasses.”

Shortly afterwards, an anonymous video was sent to the media. In it, a masked group declared it was reopening bear hunting. Guns were fired into the air. The participants were dressed in black balaclavas with slits for their eyes and mouths; the voice-over had been distorted to make it unrecognisable.

For me, this was the trigger to take a more active interest in the controversy. I started going to protest meetings and climbing up to the estives (summer pastures) to interview shepherds. They told me about the challenges of living with bears. I met environmentalists who talked about biodiversity.

At one of the protest meetings, I heard farmer Jean-Pierre Mirouze speak. He had just seen hundreds of his sheep killed: “Damn those bourgeois environmentalists who get their tans from neon lights, who don’t know how we live here.” He was shaking with emotion.

On a different occasion, his friend Philippe Lacube, now president of the Ariège Chamber of Agriculture, said: “We are in danger of being caught up by a certain idea of nature in which humans are considered a bad thing. If there are no humans, so much the better. It is a vision spreading through our society.”

Last year, 658 animals (mostly sheep) died in attacks where – as the official jargon puts it – the responsibility of a bear couldn’t be ruled out. Most of the attacks were concentrated in the Ariège mountains. (No humans have been killed by bears in the Pyrenees for over 150 years.)

Adult bears weigh 200-300kg. They are mainly vegetarian but eat carcasses and living animals if they have the opportunity. They stuff themselves just before they go into their winter torpor – light hibernation – and again when they definitively leave their dens. The arrival of the sheep coming up from the valleys in late spring is a fantastic opportunity for them.

Gerard Caussimont thinks he has the answer to the question of hungry bears. Caussimont is an environmentalist and president of the pro-bear Fonds d´Intervention Eco-pastoral (Ecology and Pastoralism Fund). Its slogan is: ‘Ensuring that bears and shepherds can live together in the Pyrenees’. A Patou dog guards a flock of sheep grazing in a prairie near Fanjeaux, southern France. Photo by ERIC CABANIS / AFP

Over the last few years, I have come to know many shepherds who have patous, including Mustaphá and Josep. Their hut is on the south side of Mont Rouch, in Catalonia.

The first time I went to see them in the estive, I hiked three hours up from the nearest road. As I arrived, Josep opened his hand to show me its precious contents: a hair, evidence that a bear had been there. The other evidence was a dead sheep lying on its back, its throat bloody, its eyes still open. Mustaphá explained that the previous evening they had rounded up the flock, but the mist had descended, and three rebellious ewes were left behind. By morning this one was dead.

When asked: “Is it possible to live with bears?” Mustaphá replied, “Yes”. “But difficult,” added Josep.

Like Mustaphá and Josep, Pyrenean shepherds are increasingly staying close to their flocks and bringing them back to the fold at night. There are grants to help pay the extra costs and compensation when bears seem responsible for an attack.

Another shepherd, Maxime Bajas, has adopted these protective measures and has minimal losses. He says: “The day that pastoralism accepts the bear and is benevolent towards him, at that point we will have a different philosophical approach and a different approach to the planet.”

But elsewhere sheep are still dying. Many shepherds find the protective measures difficult to implement or refuse them out of principle. Those shepherds are still angry. Their protests continue. Steve Cracknell’s book on wildlife in the mountains, The Implausible Rewilding of the Pyrenees, is published on October 2021 – order a copy here or visit Steve’s website or follow him on Twitter @enmarchant 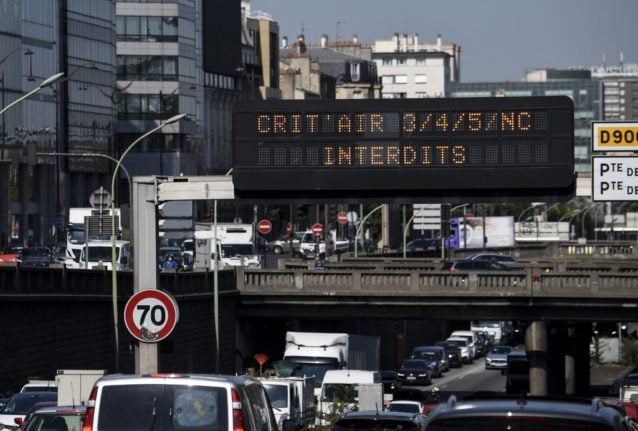 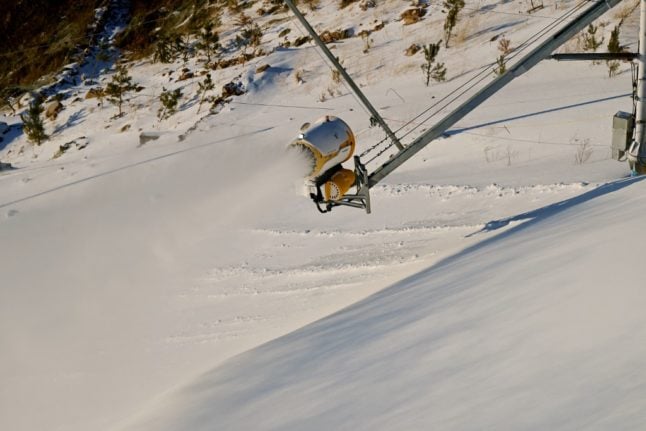