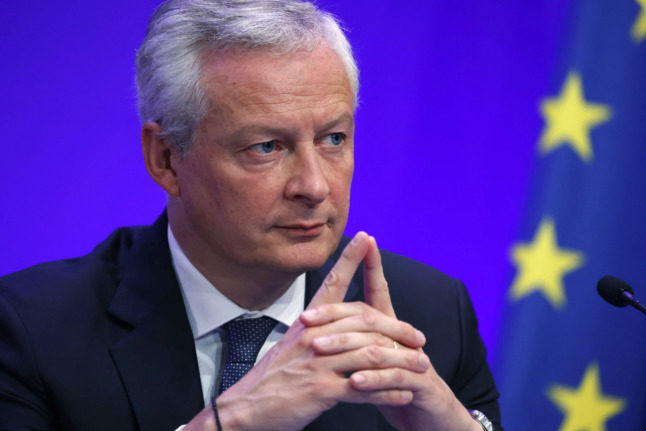 Finance Minister Bruno Le Maire is set to present the budget during the Council of Ministers on Wednesday, but much of what will be included has already been revealed.

The end of ‘whatever it costs’

At the beginning of the Covid pandemic, President Emmanuel Macron promised to protect French companies and their employees “whatever the cost”. This translated into a significant package of economic aid, including a furlough scheme and a “solidarity fund” which provides help for the self-employed and small business owners.

At the end of August, Le Maire revealed what that cost had been: €80 billion in subsidies, and €160 billion in state-guaranteed loans.

But the government has already announced the end of its “whatever it costs” policy. On September 30th, the solidarity fund will be replaced by targeted support for the hardest-hit industries.

That doesn’t mean an end to public spending, however. Macron has already promised €1.5 billion to help tackle crime and deprivation in the city of Marseille, and an additional €500 million to increase the number of police on France’s streets.

Add to that recent announcements that low-income households would receive an extra €100 to help with energy bills, a pay rise for midwives, a €600 million per year insurance scheme for farmers affected by climate disasters, €2 billion in extra funding to help homeowners make their properties more energy efficient, and free contraception for women under 25, and the spending starts to add up.

The government is also yet to reveal the details of a new revenu d’engagement (commitment-based income) for young people not in education, employment or training – predicted to cost €2 billion per year – and a long-term plan to develop innovation in key industries such as green technology and agriculture, likely to cost between €20 and €30 billion from now until 2030.

“At the moment, money is not expensive to borrow,” general rapporteur of the budget Laurent Saint-Martin told Le Parisien. “You can’t play it safe with the debt when you have projects for the future.”

Saint-Martin has said the new budget should come to “around €16 or €17 billion” in additional spending.

The spending promises come in a context of better-than-expected growth, with the French economy expected to grow 6 percent this year, and 4 percent in 2022. But as well as taking advantage of the economic recovery to invest in the future, the government has also said it will address the country’s debt.

“We’re going to start paying back the so-called Covid debt starting with the 2022 finance bill,” Saint-Martin told BFM. He added: “The desire to use a part of additional tax revenues due to growth in the service of debt reduction is a political choice.”

“It’s not an open bar,” Minister of Public Action and Accounts Olivier Dussopt told franceinfo. However, he added that attempting to transition directly to a 3 percent deficit would “stifle growth, stifle the creation of jobs, stifle our exit from the crisis”.

The government has also said it will not risk hampering growth by introducing tax rises. On the contrary, it is set to push ahead with planned tax cuts. While 80 percent of households no longer pay the taxe d’habitation (householders’ tax), this will be gradually reduced for the final 20 percent of high earners, before being scrapped completely in 2023, with the exception of second homes.

France is also set to continue with plans to reduce corporation tax to 25 percent for all businesses.

As usual, the final budget of the president’s five-year term will be closely scrutinised through the lens of the upcoming campaign. Opponents have already accused Macron of making irresponsible promises. Eric Woerth of Les Républicains told Le Figaro the budget represented “a euphoria of spending”.

The government has so far attempted to maintain a balance of being seen as fiscally responsible while also investing in the economy.

“Good management of public accounts is in the DNA of the majority,” Le Maire told reporters. “We haven’t let the public debt run wild (…) but invested to protect workers and businesses.”