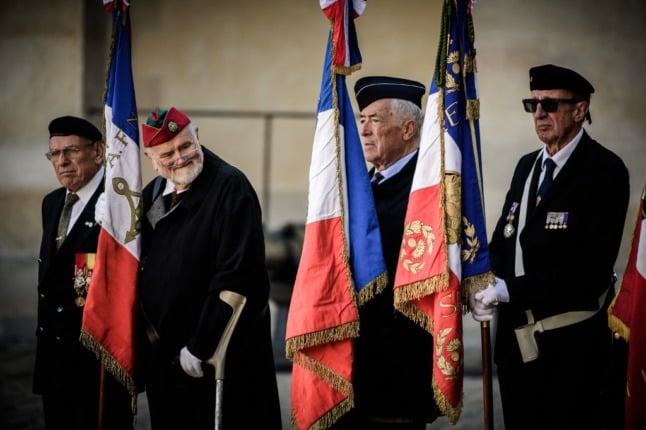 The word Harki refers to Muslim Algerians who fought on the side of France during the Algerian war of independence.

Up to 200,000 Harkis – the name comes from the Arabic word for movement – fought for the French colonial power during the bloody war from 1954 to 1962 with Algeria’s National Liberation Front (FLN).

After a peace accord granting Algerian independence was signed on March 18th, 1962, only around 42,000 Harkis were allowed to go to France, some bringing their wives and children.

The French government initially refused to recognise their right to stay.

In all up to 90,000 men, women and children fled. The rest remained in Algeria, where many were massacred.

Harki activists in France who tried to prosecute  Algeria in 2001 for crimes against humanity, claimed 150,000 were killed.

Those lucky enough to get to France were held for years in squalid internment camps.

Despised as traitors in Algeria, in France the Harkis were an inconvenient reminder of the country’s painful defeat.

The seven-year war of independence in Algeria saw nationalists rise up against and eventually defeat their French colonial rulers. There were atrocities on both sides and the conflict left at least 400,000 dead.

Around half a million Harkis and their descendants live in France today, among them Interior Minister Gérald Darmanin, whose grandfather Moussa was a Harki.

Many veterans and their families have fought a decades-long struggle, including hunger strikes and demonstrations, for official recognition of what happened to those left behind in Algeria.

Their integration into France has been difficult as they are considered immigrants but are rejected by other immigrants.

In 2000 then Algerian president Abdelaziz Bouteflika compared them with Nazi collaborators during a visit to Paris.

While criticising the conditions under which they were housed in France, he ruled out their return to Algeria.

In September 2001 France held its first ever national day to honour to the Harkis.

After right-wing politicians rallied to their cause – often at election time – but with little concrete results, in September 2016 Socialist president François Hollande formally admitted that France “abandoned” the Harkis.

“I recognise the responsibility of French governments in abandoning the Harkis, the massacres of those who remained in Algeria and the inhuman conditions for those transferred to camps in France,” Hollande said.

Two years later a €40-million aid package was created for them and their families.

The same year the country’s highest court ordered the state to pay compensation to the son of a Harki for damage to his health in the camps.

Macron in 2020 tasked historian Benjamin Stora with assessing how France has dealt with its colonial legacy in Algeria.

The report, submitted in January, made a series of recommendations including owning up to the murder of a prominent Algerian independence figure and creating a “memory and truth commission”.

Before the end of his mandate he is expected to attend ceremonies marking the anniversaries of two key events still weighing on French-Algerian relations: the brutal repression of a demonstration of Algerians on October 17th, 1961, by Paris police who beat protesters to death or drowned them in the river Seine, and the signing of the Evian accords on March 18th, 1962, which ended the war of independence.