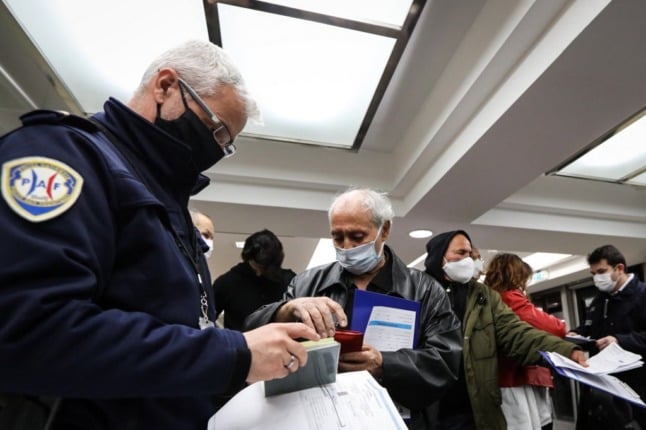 I have wanted to move to Paris for a while now, to work here as a freelance journalist and to improve my French language skills. I also have a strong interest in the history and the culture of France.

I knew that since Brexit I would need a visa, and this process turned out to be more straightforward but significantly more expensive than I though.

As I intend to work as a freelancer, I decided to apply for a one year-long self employed visa – visa de long séjour entrepreneur/libérale.

The application had to be done from the UK, and within three months of my arrival date in France.

First, I had to apply through the website of the French embassy in London – here.

I was then referred to TLS contact’s website (visa and consular services) here where I had to book an appointment at the visa application centre for an in-person appointment (there are centres in London, Manchester and Edinburgh).

There was of course paperwork required and I had to provide

None of my documents needed to be translated into French.

For the criminal record check, I had to go through the ACRO Criminal Records Office in the UK. The check costs £55 (€64) for the standard service, which takes around two weeks to be completed, or £95 (€111) for an express service which takes four working days to be processed.

At my interview, I had to explain my specific situation of being a freelance journalist and what this entails (which did prove to be difficult) and then give the details of an employer in France (which of courser I don’t have, being freelance).

After finally managing to explain my situation, I had to pay a fee of €99 and my application along with my passport was sent off.

To my surprise, within five days I was able to pick up my passport and I was granted the visa.

Since arriving in France, I have had to apply for a carte de séjour residence permit. This has to be done within three months of arriving and although the process was simple and quick I had to pay another €200 for that.

I’m not sure if I was lucky or perhaps with it being so soon after the United Kingdom’s exit from the EU, there was a desire for some level of continuity, but the process itself went fairly smoothly.

However, despite being relatively straightforward in my experience, it’s significantly more expensive (with the visa application fee, criminal record check and residence permit) than the process would have been had I moved before Brexit, when UK nationals did not need visas or residency permits.

In the short time I have been in France, I’m really enjoying myself and so far, I’m very happy I decided to apply. For more on the details of visas and residence permits, head to our Residency section.