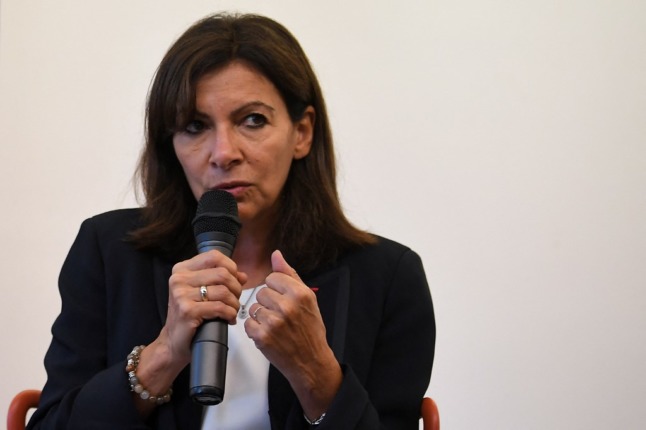 Question: I live in Paris and I’m quite supportive of Hidalgo’s policies here, especially in regards to cycling, so I was interested to see that she’s standing for the presidency. But I do wonder, who will be running things in Paris while she’s off campaigning?

Being a mayor is a well-worn stepping stone towards taking power at a national level, Jacques Chirac was mayor of Paris before ascending to the presidency in 1995, while previous presidents including François Mitterand and François Hollande have also served as mayors.

It’s also quite common for politicians to flip between roles at a local and national level – previous Prime Minister Edouard Philippe was Mayor of Le Havre before he was appointed PM, at which point he gave up the mairie, before standing again and winning in July 2020 as he ended the PM role.

His successor Jean Castex was the mayor of Prades in south west France when he was appointed PM.

Interior Minister Gérald Darmanin served as mayor of Tourcoing in north east France. He gave up the mayor’s role when he joined the government and instead became deputy mayor, but in June 2021 stood and was elected in departmental elections in Tourcoing.

According to his Twitter feed, he’s available on request to perform weddings in Tourcoing (a standard function for local officials).

Holding multiple roles is known as cumul de mandats (accumulation of mandates) in French and in recent years the rules have been tightened up on this, ensuring that people cannot hold too many roles at the same time – before 2017 it was common for mayors elected to national office to hold onto their role and simply appoint a deputy.

The president is not permitted to hold any other office during their time at the Elysée, although they do hold the ceremonial role of Co-Prince of Andorra.

Other politicians face limits on the mandates they can hold, with certain role being incompatible, including that of mayor of a town of more than 3,500 inhabitants with a national office.

The above only applies to politicians once they are elected, and it is usual for candidates to hang on to their current role during the campaign – the obvious example being a president seeking re-election who combines running the country with his or her own election campaign (Emmanuel Macron has so far not confirmed whether he will stand in 2022  although it is widely expected that he will).

If Hidalgo is elected as president – and current polling suggests she will not be – she will have to give up being Mayor of Paris, but during the election campaign she is highly likely to hold on to the role, with support in the day-to-day running of things from her current team.

Her deputy, Emmanuel Grégoire, is widely regarded as her successor should she choose to step down for any reason before her current term as mayor ends in 2026.

Speaking to Le Figaro, Grégoire assured readers that Hidalgo remains “fully mayor of Paris” while conceding that he will “have work to do”.

He added: “She knows my loyalty; I know her trust.”

Do you have a question on any aspect of life in France? Email us at [email protected] and we will do our best to answer it.