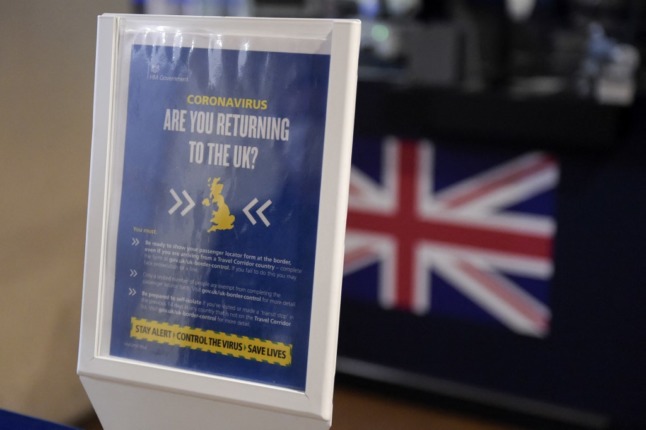 Brits who are living in France with an EU spouse or partner may have no imminent plans to move back to the UK, but new post-Brexit requirements mean that the process is already more complicated, and is set to get more difficult still.

After British media highlighted a series of stories of Brits left stranded when their EU partners could not get the necessary paperwork, campaign groups are urging UK nationals to plan ahead.

People have done what they were told to do and are still refused but only AFTER they have put their lives in limbo.

Imagine the heartache and then the wasted time and money – this will leave families picking up the pieces for years. Who does this to kids? https://t.co/zIEfq3TvvC

Jane Golding, chair of the campaign group British in Europe, said: “Families considering a move now need to be aware that the process is time-consuming and complex, and that non-UK family members will first need to apply for a EU Settled Status family permit from outside the UK before the end of March 2022 and only when they have that and move to the UK will they be able to apply for EU pre-settled status.”

Pre-Brexit, Brits who had moved abroad, fallen in love and got married to a European could move back to the UK with their partner with minimal paperwork, but that has changed.

Although UK nationals can move back at any time, their EU spouses or partners now face a raft of extra paperwork to be allowed to live in the UK.

From March 29th, 2022, the EU spouses of UK nationals will be subject to the full visa process if they wish to move to the UK, which includes fulfilling qualifications around language, skills and sufficient financial resources. Those who don’t meet the criteria may not be allowed to enter, despite being married to a Brit.

But even those who move before the March deadline need more paperwork than they used to – the EU partner needs to first apply for an EU Settled Status family permit before they enter the UK, and then once in the UK apply for EU pre-settled status.

You can read full details on how the process works HERE.

This might seem like a fairly simple administrative process, but UK media has reported on many cases where the process has taken months, or was rejected for seemingly spurious reasons, leaving families divided and in limbo.

Jane Golding said: “We are worried that there are many families across the EU who do not understand the implications of stringent immigration rules now applying to UK citizens in the EU.

“Many of us have older relatives in the UK who may need our care, or we had always planned to retire to the UK to be near family.”

Children who have dual nationality through their parents should not have any problems moving countries, but those without British citizenship will also need to go through the immigration process once they reach 18.