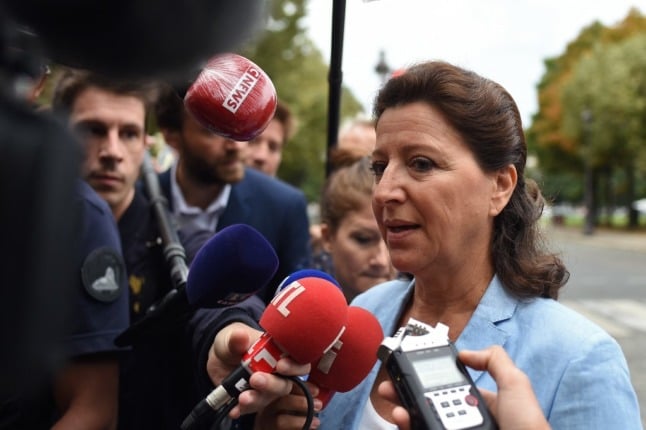 The enquiry is being run by the Cour de justice de la République (CJR) – which is the only official body that has the power to prosecute and judge serving ministers for crimes or offences committed “in the exercise of their employment”.

It acts after receiving complaints from members of the public or groups and can send them to its investigations committee if it deems them worthy of investigation. In this case, the court has received 14,500 complaints, which it has filtered down to 16 complaints on different topics, which are now being investigated.

It has a wide remit and can look at how political decisions were made into the handling of the crisis.

The court also has the power to order police searches – and this is what happened in October 2020 when homes and offices of top health officials were raided.

What is being investigated?

The pandemic was a disaster for France in which 115,000 people have died.

The CRJ’s investigation, while acknowledging that this was a worldwide pandemic, will focus on whether the French government handled the crisis in the best way possible, given the available information at the time.

There will be a heavy focus on France’s preparedness in the years leading up the pandemic, as well as the actions the government took once it became obvious what was happening in Wuhan.

Early messaging to the public will also be examined, along with more specific issues with protective clothing for health workers.

Who is being investigated?

The CRJ is reported to be currently focusing on three people;

Agnès Buzyn – health minister from May 2017 to February 16th 2020. She was largely responsible for France’s pre-pandemic planning and the preparation as what began as a health crisis in China became a global pandemic.

She left her role just weeks before France went into lockdown – she was a last-minute substitution for Emmanuel Macron’s party in the Paris mayoral election after the previous candidate Benjamin Griveaux stepped down after a sex tape scandal. Despite the unexpected consequences of Griveaux’s moment of self-pleasure, he is not involved in the investigation.

Buzyn has since taken up a role at the World Health Organisation in Geneva.

Olivier Véran – health minister from February 16th, 2020 to the present day. The man with one of the toughest starts to a new job in recent history, Véran has been responsible for France’s day-to-day handling of the pandemic, as well as the vaccination campaign, over the past 18 months.

The former neurologist has emerged as a cautious figure, and was widely reported to have advocated for a third lockdown in spring 2021, before being overruled by his boss Macron.

Edouard Philippe – prime minister from May 2017 to July 2020. The man in charge at the beginning of the health crisis, including the first nationwide lockdown, Philippe lost his job as PM in summer 2020 after Macron conducted a reshuffle of his cabinet.

However, others have been mentioned in the course of the investigation, including having their homes and offices searched;

Jérôme Salomon – Director General of Health. The above are all politicians, but Salomon is a civil servant. He is a doctor and a specialist in infectious diseases, taking up the public health role in 2018. Somewhat sidelined in recent months, in the early part of the pandemic he was the public face of the government’s health policies, giving weekly televised briefings on the latest health situation and the policies that were in place.

Geneviève Chêne – Director of Santé Publique France. Another civil servant, she is head of the public health body which has played a major role in communications during the health crisis, among other responsibilities.

The CJR probe was launched in July 2020, and raids were conducted on the homes and offices of Véran and Salomon in October.

Since then, things went rather quiet, but that has changed on Friday with news that Buzyn had been summoned for a hearing before the court.

She began her testimony on Friday and afterwards was placed under official criminal investigation (mis en examen) a stage similar to being charged with an offence under the UK judicial system.

She was charged with “endangering the lives of others”, the prosecutor of the Republic’s Court of Justice said, but not for a second possible offence of “failure to stop a disaster”.

Full details of her charge have not been released, but much of the focus has been on Buzyn’s public statements during the early days of the crisis.

She said in January 2020 that there was “practically no risk” of Covid-19 spreading to France from the Chinese city of Wuhan, and then went on to say that the “risk of a spread of the coronavirus among the population is very small”.

It is expected that Véran and Philippe will also be summoned to answer questions before the court, although no timetable has been released for this.

‘Failure to stop a disaster’ is an offence punishable under Article 223-7 of the French Criminal Code, which has a maximum penalty of up to two years’ imprisonment and a fine of €30,000.