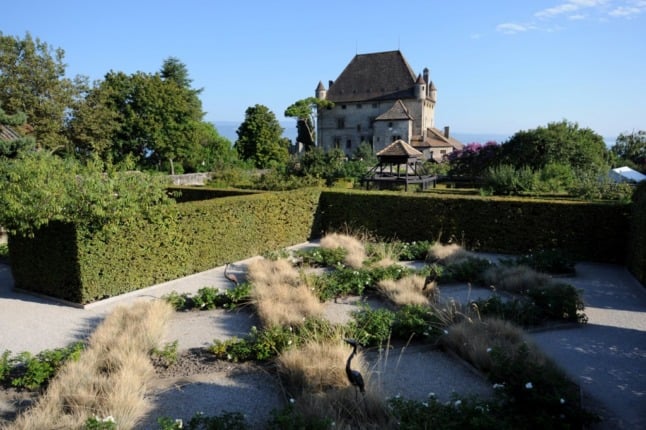 As most people will now be aware, since the end of the Brexit transition period, UK nationals who do not have a residency card or visa face limits on how long they can stay in the EU.

This has always been the rule for non-EU citizens such as Americans and Canadians, but since Brexit it applies to Brits as well.

The 90-day rule has a few quirks that it’s worth familiarising yourself with.

READ ALSO How does the 90-day rule work in France since Brexit?

The basic rule says that since January 1st, 2021, Brits can stay for 90 days out of every 180 within the Schengen zone without needing a visa.

However, it is possible to leave and re-enter the Schengen Area over that six-month period.

“The 180-day reference period is not fixed,” as the EU explains, “it is a moving window, based on the approach of looking backwards”.

That means taking a calendar and highlighting all the time spent in Schengen countries already over the past 180 days.

There are also Schengen calculators that do the job for you.

If police or border officials ever question how long you’ve been in the EU, this will be how they calculate if you’ve overstayed or not.

It’s worth stressing as well that the Schengen rule doesn’t work with the calendar year, it’s always a case of counting back 180 days.

You may spend no more than 90 days out of every 180 in total in those countries – so you need to calculate not only your stays in France, but any other European travel that you do too, including business trips.

Brits who have a right of residency in France (either through a visa or a carte de séjour residency permit) do not have their time in France counted towards their 90-day limit.

However they must still abide by the rule if they travel to other Schengen zone countries.

Whatever your preferences or calculations for your time spent in France and other Schengen countries, once the 90-in-180-day period is over, you will have to spend 90 days outside of the Schengen Area.

As the europa.eu website puts it, “an absence for an uninterrupted period of 90 days allows for a new stay for up to 90 days”.

Plan ahead to make sure this absence from the Schengen Area doesn’t fall at a time when you want to be in France (or any other Schengen country).

However, remember that you are always counting back the last 180 days, so if you have not exhausted the 90-day limit over the past six months, you will not have to leave the Schengen Area until that’s the case.

When that happens, spend 90 full days outside of the Schengen Area and France will give you a new period of 90 days.

The clock starts as soon as you enter the Schengen zone, so if it takes you the best part of a day to drive down to your French property, then you’ve used up two days on travel there and back.

It might therefore be more efficient to take longer breaks, rather than multiple short breaks.

Any time in the Schengen zone counts, so if for example you pass briefly through France on your way to non-Schengen Morocco, that’s one day gone from your allocation, even if you were only in France for a few hours.

If you have to leave France but you don’t want to return to the UK, consider spending some time in countries outside of the Schengen Area that aren’t too distant.

Decide which part of the year is most important to you in France – whether it’s the summer sunshine or winter in the Alps on the slopes – and plan ahead to make sure you have enough days left of your allocation.

Also bear in mind that this is France so transport strikes are not exactly out of the question. It would be a good idea to have a couple of days in hand just in case your plane/train/ferry back to the UK is cancelled because of industrial action.

Don’t assume that nobody will be checking

Among non-Europeans like Americans and Australians, France has over the years gained itself a reputation as a country that is not too fussy about exact exit dates.

However that doesn’t mean that no-one checks and British visitors to France have reported that most passports of non-residents are now stamped at the border.

This makes it easy for border officials to see exactly how long you have been in France, and whether you have overstayed your allocation. The EU also has new technology coming down the line that will allow for stricter checks on length of stay.

If you are found to have overstayed you can be deported, fined and refused re-entry.

France in general tends to reserve deportation and fines for people who have been illegally working or who have overstayed for many months, but an ‘over-stayer’ stamp in your passport will create all sorts of problems for future travel in France and the rest of the Schengen zone.

If you want to spend more than 90 days out of every 180 in France you will need a visa – find out how to apply HERE.