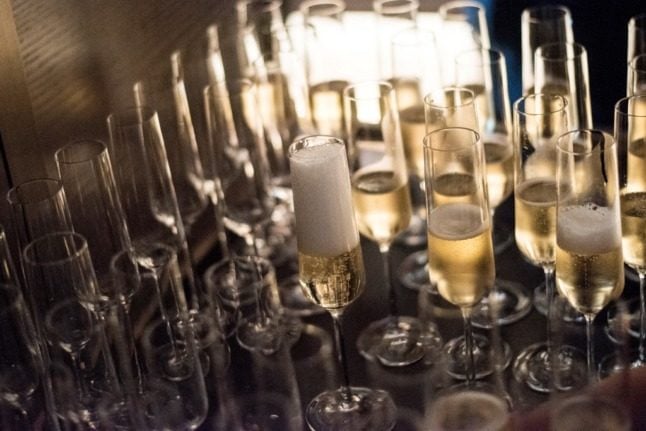 The powerful CIVC association, which groups the famed eastern French region’s 16,200 growers and 360 brands, tracks anyone in the world who hijacks the Champagne name.

According to laws in France, the EU and elsewhere, the label can only be used for sparkling wine produced in their precisely defined part of the country.

“It’s the price of glory,” said Roxane de Varine-Bohan, one of five lawyers at the Interprofessional Committee of Champagne Wine (CIVC) looking after brand protection.

The body has hunted down countless samples of products using the Champagne name over the decades. Helped by the French government, and increasingly by foreign authorities, the association handles about 1,000 cases in 80 countries every year.

One high-profile dispute erupted in June when Russia turned the tables on France by passing a law that says only Russian bubbly can be called “Champagne”, while French Champagne has to be labelled “sparkling wine”.

Three French cabinet ministers have since written to their Russian counterparts demanding a suspension of the new law, said CIVC boss Charles Goemaere, adding he hoped for a response sometime in September.

Also in June, customs services in the northern French port of Le Havre seized 750 bottles of a cola drink labelled “Couronne Fruit Champagne” that had been ordered from Haiti by a Parisian restaurant.

The CIVC is planning to bring a civil suit against the drink’s distributor while trying to locate its producer.

“Our aim is not to win damages, but to ban the use of the Champagne name for this product that is sold in the French Caribbean and in South America,” Varine-Bohan said.

Around 120 nations officially recognise the Champagne name as copyrighted including China “which protects it very well”, said Goemaere.

Others still won’t play ball, he said, including the United States, Russia, Belarus and Haiti.

The recognition of Champagne as a protected designation of origin dates back to 1936.

But even as long ago as 1843, a group of Champagne growers won a court order preventing Touraine growers in central France from using the label.

Most of the hunt for offenders goes on discreetly, but occasionally there are high-profile cases such as when the Yves Saint Laurent fashion group had to change the name of its “Champagne” perfume.

“We accomplish painstaking work against the hijacking of our name. Nothing can stop us,” Varine-Bohan said.

Not even a village in Switzerland called Champagne that claimed it should be allowed to market its wines using its own name – the CIVC filed a lawsuit and obtained, thanks to Swiss-EU accords, a ban on the Swiss Champagne challenge.

British sweets and a German cola drink, both called champagne, also never stood a chance against the CICV’s wrath.

The association relies on a network established by Champagne houses in 10 countries as well as 70 law firms across the world for its intelligence.

But the bulk of tip-offs comes from champagne drinkers who won’t stand for their favourite tipple’s name being misappropriated.

They account for some 80 percent of cases, said Goemaere.

As long as champagne enjoys worldwide fame, “there’s money to be made” from stealing its name, he sighed.

“Our work is never done.”