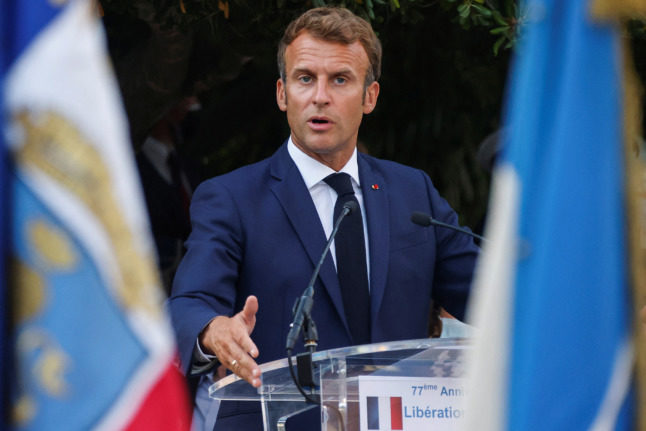 Emmanuel Macron delivers a speech during a ceremony marking the 77th anniversary of the liberation of Bormes-les-Mimosas during World War II, on August 17th, 2021. Photo: ERIC GAILLARD / POOL / AFP.

According to Le Parisien, the President left his summer residence at the Fort de Brégançon over the weekend, and is set to get stuck into the major challenges facing the country during the la rentrée (return to school/work) in September. The looming Presidential election in April 2022 is likely to shape everything he does.

Here are the main tasks in his in-tray.

The worrying rise in Covid-19 cases linked to the Delta variant has been a constant preoccupation over the summer. The situation has been particularly severe in overseas territories such as Guadeloupe, Martinique and Réunion – all currently under partial lockdown measures – and in the south of France and on Corsica.

The health situation forced Macron to hold a meeting of France’s Defence Council, which makes decisions on Covid-related restrictions, via video conference from Brégançon on August 11th.

The good news is that case numbers are falling. France recorded an average of 21,592 cases per day last week, 9 percent fewer than the week before.

With children returning to school on September 2nd, the challenge for Macron will be to ensure this does not compromise that progress. The government has said it wants to keep schools open over the coming year, and will implement a new health plan in schools, but has stopped short of requiring a health pass. Earlier this summer, the government set an objective of administering a first vaccine dose to 50 million people by the end of August. As of August 19th, a little over 47 million people in France had received at least one dose (70.2 percent of the population), while 60.5 percent were fully vaccinated.

Experts now believe that 90 percent of the population has to be vaccinated in order to achieve herd immunity – a goal which Alain Fischer, head of the government’s vaccination advisory board, has previously said is achievable by “the beginning of the Autumn”.

However, the number of daily injections has been falling steadily since a spike following the announcement of the health pass extension. The government’s priority now is to vaccinate the 12-17 age group – 56 percent have already received a first dose. The success of this vaccination campaign, which will be focused on schools when they reopen in September, could have an important role in shaping the trajectory of the pandemic in France.

When he returns to Paris, Macron will also have to contend with anti-health pass protests. Around 200,000 people have protested across France every week according to official figures, and if the protests were to grow once people return from their holidays, they could become a concern for the President ahead of April’s elections.

Unemployment rates remained largely stable at 8 percent of the working population in the second trimester of 2021, according to figures published by the national statistics agency INSEE earlier this month. 2.4 million people were unemployed at the end of June.

The unemployment rate is “almost identical (–0.1 point) to its level at the end of 2019, before the health crisis”, INSEE reported. Unemployment had peaked at 9.1 percent in the third trimester of 2020.

Macron will be hoping that the extension of the Covid health pass will help to avoid another lockdown and protect jobs in the months to come, and that the economy will continue to grow towards pre-pandemic levels.

READ ALSO Is France about to introduce a 32-hour working week?

With only 8 months left of his current presidential term in which to implement new policies, Macron will look to focus on issues not related to Covid-19. In his televised address in July when he announced the health pass extension, he also made a number of promises related to the economy, which are now firmly on the agenda. Changes to unemployment benefits will be implemented on October 1st.

During the same speech, Macron reiterated the need for pension reform, but said he would “not undertake the reform so long as the epidemic is not under control and the recovery guaranteed”. Those plans now appear to have been shelved at least until after next year’s elections.

Indeed, with the health crisis ongoing, Macron is wary of placing additional financial burdens on his fellow citizens and creating the kind of social unrest which has already defined his presidency. He recently took the decision to suspend the introduction of mandatory MOTs for motorbikes, which was due to come into effect in 2023.

According to Le Parisien, unions and bosses will be invited to the Prime Minister’s Matignon residence on September 1st and 2nd for “a full examination” of the upcoming social questions. “Afghans welcome”: A rally took place in Paris on August 22th to protest the takeover of Afghanistan by the Taliban and show solidarity with Afghans opposed to the new regime in Kabul. Photo: STEPHANE DE SAKUTIN / AFP.

The situation in Afghanistan also disturbed the President’s summer break, with Macron addressing the ongoing crisis in a televised address on August 16th. The practical response has so far focused on getting French citizens and Afghans who have worked with France to safety.

However, Macron also drew criticism for calling on EU leaders to work together to prevent “significant irregular migratory flows”. Several French mayors responded by saying they would welcome refugees, and questions of migration and security could become key battlegrounds in the upcoming election.

In an interview with the JDD, Presidential candidate Xavier Bertrand accused Macron of “confusing naivety” concerning the threat of radical Islamism, signalling that Macron will have to deal with attacks from the left and the right as the situation develops.

France’s presidential election does not take place until April 2022, but pre-election campaigning is likely to begin in earnest from the autumn, raising the politicial temperature for all involved.

Macron himself has not actually said whether he intends to run, although most commentators think it is likely unless his poll ratings drop dramatically in the next few months. Several candidates have already declared – including far-right leader Marine le Pen – but the centre-right and centre-left parties are yet to definitely decide upon a candidate. 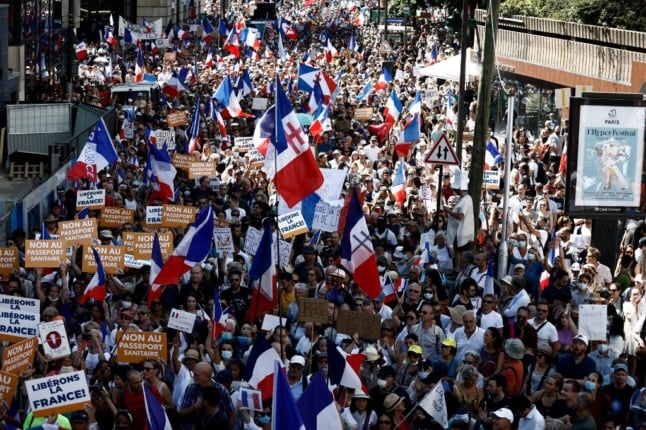 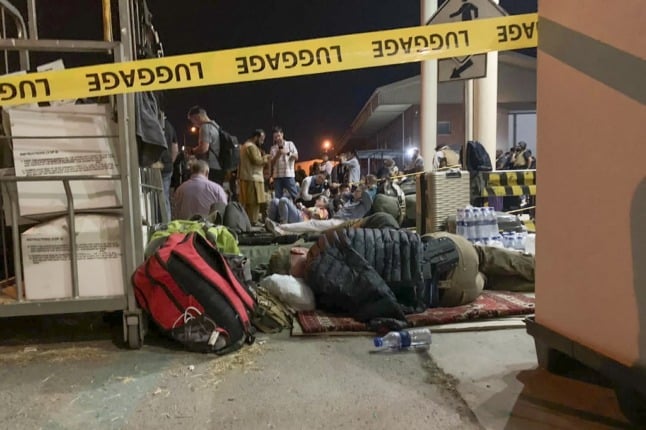