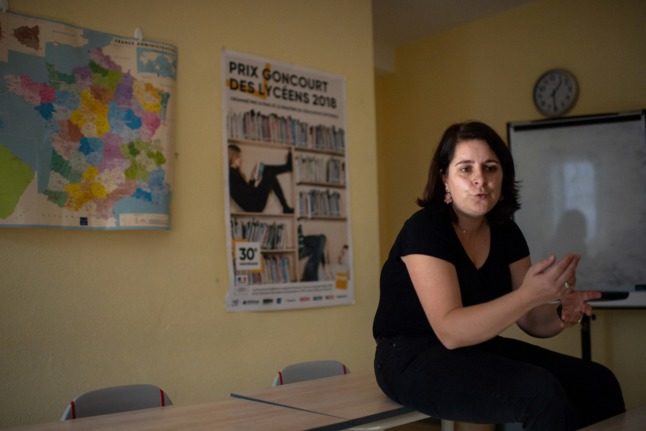 Demonstrators hold a placard reading 'be a teacher and be quiet' during a strike in 2019. Photo: Pascal GUYOT / AFP.

That’s because the French fonctionnaires (public sector employees) are governed by what’s called the devoir de réserve (duty of discretion), which bans various kinds of comments and behaviour which could bring the administration into disrepute.

Punishments for breaking the rules are decided within the administration, often following a disciplinary hearing.

If you already work for the French state or are considering becoming a public sector employee, here’s what you need to know to avoid getting into trouble.

First of all, it’s important to note that public sector workers are allowed to criticise the government.

The civil service website defines the devoir de réserve as follows: “The neutrality of public service prevents the civil servant from making their role an instrument of any type of propaganda.”

It continues: “This obligation does not relate to the content of the opinions (freedom of speech applies to public servants), but their mode of expression.”

In short, that means you are allowed to criticise the government, as long as your remarks are not insulting or threatening.

“Expressing simple consternation in relation to the general operation of a public service is not the same as naming and pointing the finger directly at one’s superiors, or making insulting remarks towards them, for example, about the Head of State,” Sylvain Niquège, professor of public law at the University of Bordeaux, told The Local.

There is another important element to remember, which relates to the section about “making their role an instrument of any type of propaganda”.

“If a public servant undertaking a voluntary action is clearly identified, references their role as a public servant and criticises the government, we could consider that they have violated their duty of discretion,” Théo Clerc, a lawyer specialising in public law, told The Local.

In a similar way, public servants wearing a uniform also have less freedom to criticise the state.

READ ALSO Reader question: Is it illegal for my boss to contact me out-of-hours in France?

The devoir de réserve also prohibits “behaviour liable to damage the reputation of the public service amongst users”.

Clerc offers the example of a judge who was recently disbarred (and prosecuted) after offering out his underage daughter on a swinging website.

In September, a firefighter will be subject to a disciplinary hearing for potentially violating his devoir de réserve, after appearing in a viral video where he suggested there was a link between Covid vaccines and strokes. Demonstrators hold a placard reading ‘be a teacher and be quiet’ during a strike in 2019. Photo: Pascal GUYOT / AFP.

The dangers of social media

The concept of the devoir de réserve developed long before social media blurred the boundaries between public and private.

Since the principle applies to public sector workers in and out of the workplace, it also regulates their expression online. “You can’t therefore say or share whatever you like on Twitter,” according to Niquège. Although the same rules apply: you can complain about your working conditions, as long as you are not naming your boss or insulting them.

If your account is private, then potential infringements are “more up for debate”, according to Clerc. “Even if you make remarks in a private conversation, when exchanging comments on social media, you need to be careful, because if it’s public, and you’re able to be identified, you’ll be informed that you’re violating your devoir de réserve.”

To avoid unnecessary trouble, he offers the following advice: “You must always imagine that on social networks you’re never alone.”

At first glance, it might seem surprising that a country famous for public sector strikes would have specific rules limiting workers’ freedom of expression. Public servants do indeed have the right to protest.

“You can go on strike and protest, however if you’re holding a placard for example which consists of an insult, then it could be said that you’re violating your devoir de reserve,” Clerc said.

“You can always criticise,” he continued, “but you always need to provide nuance.”

READ ALSO Why are French workers so fond of kidnapping their bosses?

“Personally, I’m not aware of any public servants who were punished for misunderstanding their devoir de reserve in the context of a strike,” Niquège said.

“With some exceptions, a public servant enjoys the freedom to support a candidate or campaign for them, as long as this support does not take excessive forms,” Niquège said.

There are of course limits to this freedom, since public sector workers are supposed to be neutral while representing the state. As Niquège explains, this neutrality prevents, for example, teachers from engaging in “political, philosophical or religious proselytism” when interacting with their students.

READ ALSO How to become an English teacher in France

Teachers therefore need to be more careful in the classroom than in the staffroom. “The devoir de réserve really applies between the worker and the public,” Clerc said. While teachers are allowed to express an opinion, they “cannot truly pass on a political message to their students”, or make direct attacks on the government.

However, the lawyer added that it is rare for teachers to be subject to disciplinary procedures. “The examples will be really excessive,” he said, citing teachers who have been punished for Holocaust denial.

It depends on your status

As well as forms of expression (whether the remarks are insulting), three other criteria are taken into consideration:

The worker’s place in the hierarchy: those who are more highly placed, or who have jobs related to public order such as police officers or judges, are more restricted.

The circumstances: workers who also hold a political office or a role within a trade union will have more freedom to express their opinions while fulfilling those responsibilities.

Publicity: expressing yourself in a local or national newspaper will have different consequences, for example. The same goes for social media: comments which reach a large audience are more likely to be scrutinised. “The discredit caused to the service is not the same if the incriminating remarks appear in an email addressed to a single person, or if they’re shared with the entire world,” Niquège explained.

Which is why the firefighter set for a disciplinary hearing on September 22nd could be punished, even though he initially shared the video in a private WhatsApp group. The video was later shared on Twitter and viewed 40,000 times, and he can also be seen wearing his sapeurs-pompiers uniform.

If you work in the private sector, criticising your boss in public is fine, as long as you remain within the usual laws on defamation or threatening or abusive behaviour and aren’t hoping for promotion or a pay rise any time soon. Kidnapping your boss is of course completely illegal, although that doesn’t mean it doesn’t happen. 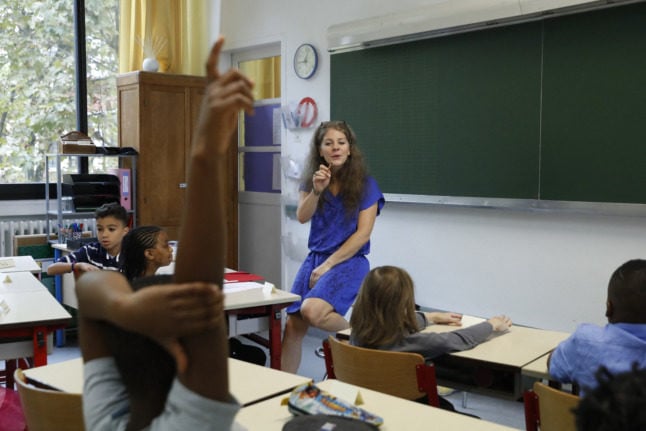 SCHOOLS
How to become an English teacher in France 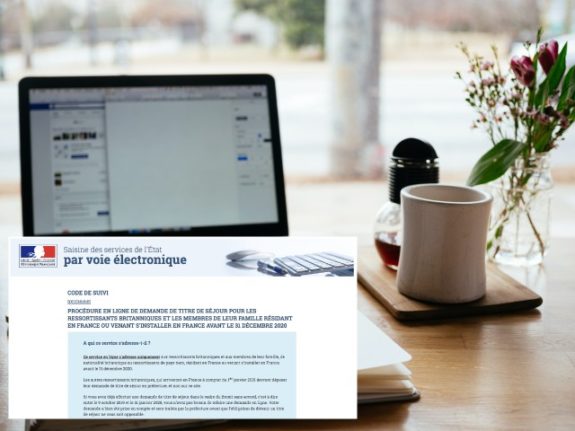 LIVING IN FRANCE
Carte de séjour: This is how the residency card website works for Brits in France

SCHOOLS
How to become an English teacher in France

LIVING IN FRANCE
Carte de séjour: This is how the residency card website works for Brits in France
Url copied to clipboard!