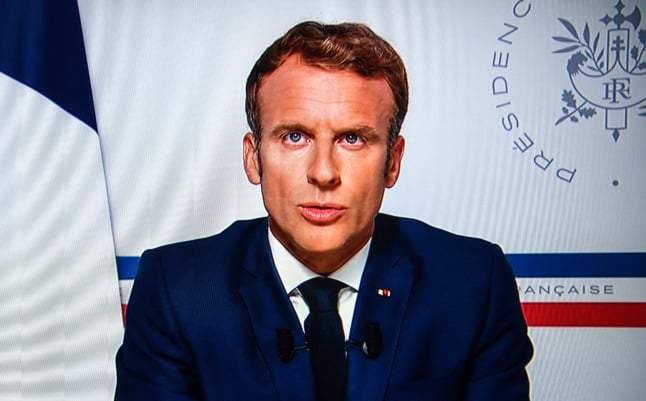 “This is key for international security and peace… we will do everything for Russia, the United States and Europe to cooperate efficiently as our interests are the same,” Macron said in a televised address from his summer residence.

Macron called on the UN Security Council to come up with a “reasonable and unified” response and said he had spoken to Prime Minister Boris Johnson of fellow permanent UNSC member Britain, adding that “joint initiatives” would be agreed in the next hours.

He described the situation in Afghanistan as an “important challenge for our own security” and a “fight against a common enemy of terrorism”.

“Our actions will above all be aimed at fighting actively against Islamist terrorism in all its forms,” said Macron. “Terrorist groups are present in Afghanistan and seek to profit from the instability”.

He said the European Union would set up an initiative to thwart the large migrant flows now expected from the country, cracking down on illegal people smuggling rings that risk emerging.

France, Germany and other EU countries would put together a response that was “robust, coordinated and united” to prevent irregular migration by harmonising criteria and showing European solidarity.

“We must anticipate and protect ourselves against significant irregular migratory flows that would endanger the migrants and risk encouraging trafficking of all kinds,” he said.

But he emphasised that France will continue to do “its duty to protect those who are most under threat in Afghanistan”.

He said almost 800 Afghans including translators and cooks who helped France on the ground had already been taken to French territory and dozens more who remain in Afghanistan would be helped to leave.

Macron also said France was ready to help activists, artists and journalists who risk being targeted because of their work.

“We will help them as it is the honour of France to be side-by-side with those who share our values,” he said. Addressing fears that the Taliban will restrict the rights of women, he added: “Afghan women have the right to live in freedom and dignity.”

“We will say very clearly to those who opt for war, obscurantism and blind violence that they have chosen isolation,” he said.