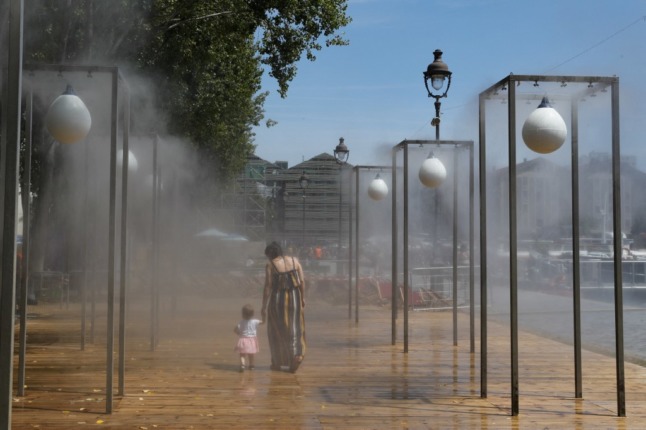 While hot temperatures can be quite pleasant if you’re lying on the beach or dangling your toes into a swimming pool, if you’re trying to go about your daily business in a city they can be difficult and dangerous.

It’s a long-established fact that cities don’t just feel hotter during a heatwave, they are hotter due to the îlot de chaleur (urban heat islands) phenomenon, where a combination of architecture, lack of green space, traffic and air conditioning raise the temperature by up to 6C, compared to the surrounding countryside.

The heat islands also don’t cool as much at night, meaning people struggle to recover from the effects of intense heat.

“By the end of the century, heat waves will be more frequent, more intense, and spread over a period from May to October,” warns the French Haut Conseil pour le climat (High Council for the Climate) in its latest report.

Now a major study by the Centre nationale de la recherche scientifique (CNRS) and French weather forecaster Météo France has mapped these heat islands to show where they are most intense and how city leaders can cool their towns down. The map looked not at overall temperatures, but at how much hotter each town or city was than the surrounding countryside and gave it a score of negligible (less than 2C hotter), non-negligible (between 2C and 3C hotter), strong (between 3C and 6C hotter) and very strong (more than 6C hotter).

Only Paris scored ‘very strong’ with more than 6C difference to the surrounding countryside, while the city with the lowest score was the southern seaside town of Montpellier.

As well as mapping the heat difference, researchers also assessed what percentage of the population was affected.

Of the top 5 cities with the biggest differences, all were in northern or central France – Paris, Lille, Lyon, Grenoble and Reims.

Visitors will have remarked on the marked architectural differences between these and southern cities such Montpellier, Nice and Nîmes, where temperatures have always been hot and architecture evolved over centuries to keep things cool – with thick walls, narrow shady streets and white-painted buildings.

The study also notes which cities have the most people in at-risk groups who are affected by heat islands.

For the elderly and ill, hot weather can be more than merely uncomfortable, it can be fatal and France still remembers the grim summer of 2003 when 20,000 people – many of them elderly Parisians – died during a fierce heatwave.

The data found that the number of elderly people most exposed to extreme ‘urban heat islands’ was again highest in Paris, followed by Lille.

In order to give authorities guidance on where to start work, the data also looks at the socioeconomic groups most affected, noting that wealthier people are more likely to be able to protect themselves – whether by buying expensive fans, renovating to improve energy efficiency and insulation or just heading off to the countryside until it cools down – than poorer groups.

Heatwave considerations are already taken into account when creating new buildings, but adapting existing architecture is more difficult, especially in historic areas of a city.

However there are several things that can be done to improve the situation, on a personal, local and national level.

At home – redesigning your building is probably out, but there are simple steps you can take such as closing windows and shutters during the day, when the heat is at its most intense, and then opening them at night to let in the cooler air.

The French public health authority also issues general heatwave advice which includes drinking plenty of fluids, avoiding alcohol and exercising only during the cooler parts of the day.

Heatwave plans – most cities now have heatwave plans, and when the temperature rises you will see the addition of brumisateurs (which blow out cool water vapour) and extra water fountains to many city landscapes. Parks stay open at night and ‘cool rooms’ open up to give those in at-risk groups a chance to be taken somewhere they can cool down.

Redesign – authorities are limited as to the changes they can make to individual buildings, but can change the overall design of cities and the number one way to cool cities down is to add more trees and green space.

Reducing traffic also helps, as many French cities are introducing more pedestrian-only areas and making public transport free in an attempt to get people out of their cars.

Vegetal walls or roofs – building walls or roofs which have plants growing out of them – are also increasingly being used in new-builds and renovations to lower the temperature.

It’s one of the first things that many US visitors to France remark upon, the fact that air conditioning is very rare in private accommodation.

So do ever-rising temperatures mean that it is going to get more common? Not if climate experts have anything to do with it.

As well as the global problem of air-conditioning being energy-inefficient, there is a city-specific problem that air con actually heats up the surrounding areas.

So while your office might be frosty and cool, the street outside will be getting hotter, and air conditioning is one of the major factors leading to urban heat islands.

“The more you use air conditioning in buildings, the more you heat the outside air,” said Aude Lemonsu, who heads up Météo-France’s research centre.

“Air-conditioning is a bad idea. It creates a feedback that is not virtuous,” explains Julia Hidalgo Rodriguez, a researcher in urban climatology at the University of Toulouse.

“It will heat everyone’s outside air to cool a single apartment, causing overconsumption of energy and, socially, it creates inequalities between those who can afford it and those who cannot.”

READER INSIGHTS
Seven steps: How to reduce your climate impact as an international resident 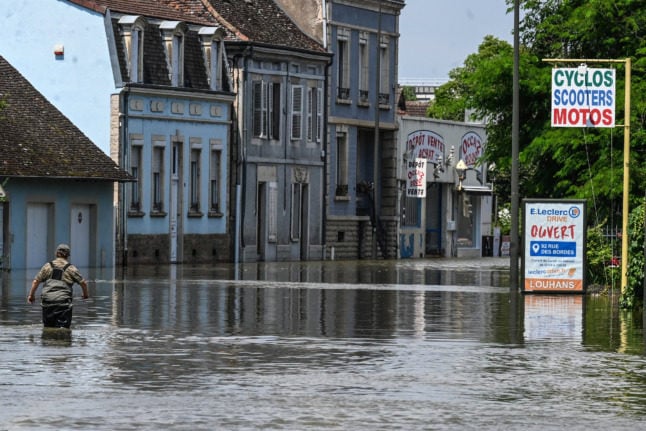 WEATHER
Climate change: What can we expect future French summers to look like?

READER INSIGHTS
Seven steps: How to reduce your climate impact as an international resident

WEATHER
Climate change: What can we expect future French summers to look like?
Url copied to clipboard!