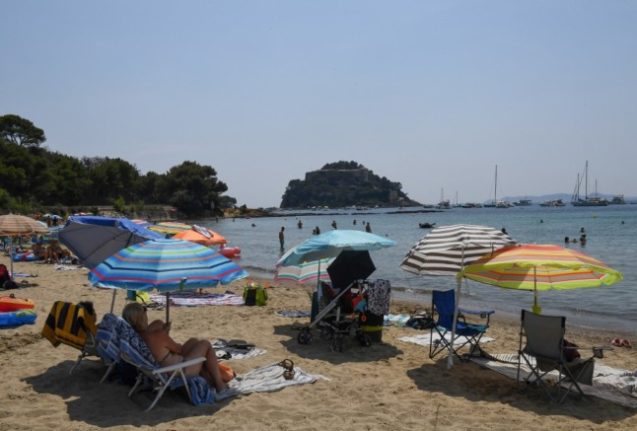 Members of the cabinet have published their holiday plans, revealing that all but one are staying in France and taking the opportunity to leave Paris behind and visit beaches, mountains and the countryside.

Staycationing is generally popular in France anyway, but this year the French are encouraged to holiday in the country to support the tourist industry, battered by 18 months of lockdowns and travel bans.

And ministers are keen to be seen to be playing their part, revealing their plans to visit areas of France including Provence, Brittany and the island of Corsica.

The last official engagement of the government is the Ministers’ Council scheduled for Wednesday morning. President Emmanuel Macron, who is visiting French Polynesia, will chair the meeting remotely. He apparently hosted ministers and their spouses at the Elysée last week to thank ministers for their hard work – and the partners and spouses for their patience – during the 18 months of the pandemic. Brigitte Macron pictured on a jet ski at Brégançon in 2018. Photo by Pascal GUYOT / AFP

Emmanuel Macron – as president, Macron and his wife Brigitte have access to the official presidential holiday home in Brégançon on the French Riviera.

He has previously spent August in the villa and he and Brigitte have been pictured enjoying beach time and jet-skiing in between video conferences and meeting world leaders.

This might be the last summer he gets to enjoy the luxurious villa that the French state makes available to its presidents, depending on the result of the elections in April 2022.

Olivier Véran – the health minister will not be taking a proper holiday this year, busy as he is with battling the fourth wave of Covid and introducing the health passport, however his office added that he “does not despair of doing some days of remote working from Provence”.

Jean Castex – the prime minister will be in his home area of Pyrénées-Orientales in south west France.

Gabriel Attal – the government spokesman will also be mostly working with a series of visits around the introduction of the health pass, but will also spend some time on the island of Corsica.

Corsica is a popular destination for ministers, with labour minister Elisabeth Borne, Europe minister Clément Beaune, minister for foreign trade and economic attractiveness Franck Riester and citizenship minister Marlène Schiappa all planning on holidaying there. There was no word on whether the ministers planned a holiday get-together on the island.

Bruno Le Maire – the economy minister regularly holidays in the Basque country, and will be doing that this year. Le Maire spent most of his summer holiday in 2020 writing a book in which he described his boss Macron’s eyes as “a blue gaze tinted by metallic sparkles, like a lake burdened with sunshine whose surface it would have been impossible, under the scintillating reflections, to pierce.”

Jean-Baptiste Djebbari – the transport minister will be travelling to the Île de Ré, the island off the coast of La Rochelle that has gained the nickname of ‘The Hamptons of France’ because of the number of wealthy Parisians who own second homes there. A qualified pilot, transport minister Jean-Baptiste Djebarri did not reveal how he would travel to his holiday destination. Photo by GAIZKA IROZ / AFP

Roxana Maracineanu – the sports minister is currently in Tokyo for the Olympics, but when she returns she will go to her usual holiday destination of a campsite on the Cotentin Peninsula in Normandy.

Florence Parly – the armed forces minister is heading to Loiret in Centre-Val-de-Loire but “will take her phone” her office added.

Olivier Dussopt – the public accounts minister will be in Provence in southern France.

Jean-Baptiste Lemoyne – the tourism minister will be making “numerous short trips around France to meet representatives of the tourism industry”, his office said, adding that he will also spend some time in the Basque country.

Jean-Michel Blanquer – the education minister was the only member of the government to break ranks on l’été bleu-blanc-rouge – the blue, white and red summer, or staycationing summer – announcing that he will holiday in Brittany but then “spend a few days in a country bordering France”. Presumably that country is not the UK, since he would be subject to a 10-day quarantine on arrival.

But rest assured – “The government is not going to stand by and watch the fourth wave arrive from the beach,” an Elysée source added to Le Parisien newspaper.