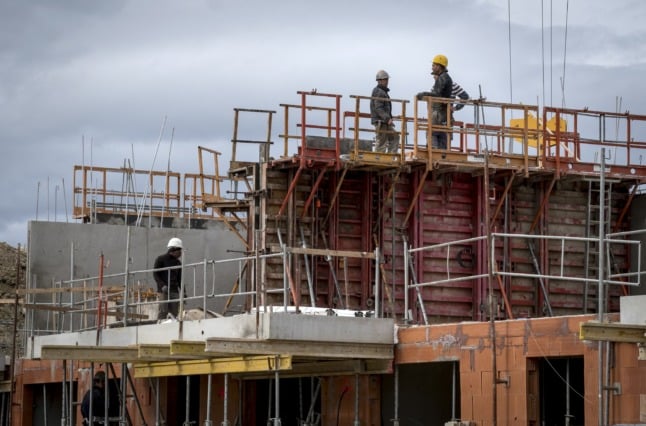 Building work can only be undertaken between certain hours. Photo: ERIC CABANIS / AFP.

Social costs related to noise pollution in France represent €156 billion each year, according to a recent study by the Agence de la transition écologique and the Conseil national du bruit, as reported by franceinfo.

More than two thirds of the costs were linked to transport noise according to the report, but other factors include neighbours, construction sites, and noises in the workplace. The study looked at healthcare costs, as well as the impact on life expectancy, productivity, and property prices.

But what can you do if you are being disturbed by such noises? The French governement’s service-public.fr website offers advice on how to get the annoyance to stop.

If you’re in a French city you are likely to be living in an apartment which means you are going to hear your neighbours This can take some getting used to, as well as needing to modify your own behaviour to ensure that you do not disturb the neighbours.

Crying babies, the occasional fight and TV noise is pretty much par for the course, but if the noise is excessive – for example, shouting, late night partying, playing music or an endlessly barking dog – and you have already tried talking to them, there are several options available to you.

You are able to make a noise complaint when a neighbour’s behaviour causes “abnormal trouble” – and the definition of “abnormal” depends on the time of day.

READ ALSO Fête des Voisins: All you need to know about ‘neighbours day’ in France

During the day, this means the noise is “repetitive, extreme, or prolonged”.

At night – which is usually defined as being between 10pm and 7am –  the offense of tapage nocturne (night-time disturbance) exists regardless of whether it meets these criteria, but is instead based on two factors: if the offender is aware of the trouble they are causing, and if they do not take steps to remedy the disturbance. This means that you need to have tried talking to your neighbour about the problem, and giving them the chance to change, before you make a complaint.

– Contact your town hall to know what rules are in place. “A decree regarding noise (example: préfectoral decree) may ban certain sounds (example: lawnmowers) at certain times of day in your commune or département,” says the government advice. “If your neighbour is not respecting the decree, you should notify the mayor, who is required to ensure the peacefulness of the town’s residents.” An example of a letter you can send to the mayor is available HERE.

– The government site then instructs you to get in touch with the neighbour in question. You should first send a letter, and then a registered letter with proof of delivery. If your neighbour is renting their property, you can also send a copy to their landlord. You can find an example of the letter HERE.

– You are also instructed to call upon a mediator, as well as a huissier (bailiff) who can record repeated complaints in case you end up taking the case to court.

You are advised to follow the above steps, but in certain cases, you can also go to the police. If the disturbance takes place at night, you can contact the police for any type of noise, but during the day, they will only respond to noises which are “intense, repeated or long”, or which involve insults. Offenders can be fined €68.

You can find your local gendarmerie or commissariat HERE.

Take the case to court

If you decide to take your neighbour to court, you must first have called upon a conciliator or mediator. Then, you will need to gather evidence of the harm done to you, for example:

As well as ordering the offender to pay compensation, a judge may also order them to sound-proof their home, or cancel their lease if they are renting.

As well as following local restrictions on opening hours, bars and restaurants must ensure they do not harm neighbours with “night disturbances, fights between clients…” Likewise, bars, karaoke venues and nightclubs all have to obey specific sound limits.

If you suspect they are flouting the rules, you can go to the local mayor, who will give the owner notice to stop the disturbances.

Or, if the establishment is situated on the ground floor of a block of flats, you can contact the building’s syndic to ensure they are not breaking any building rules.

If you live near one of the new temporary terraces – outdoor bar areas that have been allowed to expand during the pandemic – they are required to close at 10pm rather than the usual 2am in order to protect neighbours from noise.

If these routes are unsuccessful, you can take the case before a judge, but only after gathering as much evidence as possible (bailiff’s report, letters sent to the syndic or mayor, witness statements and petitions, doctor’s certificate). Witnesses can complete this document.

People undertaking road or building works must take precautions to limit the noise, and must follow local rules around worksites, including regulated time windows.

In Paris, for example, loud construction work, in the street or indoors, is not allowed to take place at the following times:

You can contact your town hall or préfecture to find out which time restrictions and other conditions exist in your area. If these are not being respected, you can ask the mayor to send a city official to record the trouble. The mayor can then ask the people responsible to stop the noise in question.

Likewise if you are about to undertake a building project, check with your local mairie for the rules and time restrictions in your area.

“In the hierarchy of bothersome noises, those generated by two-wheeled motor vehicles are the number one cause of complaints from mayors,” explains the Centre d’information sur le bruit (Centre for noise information).

If you are being disturbed by people racing motorbikes down the street, their website recommends contacting the police, or the mayor who will send the traffic police or the gendarmerie‘s anti-noise team.

They will most commonly enforce article R318-3 of the Code de la route, which states that vehicles “must not emit sounds likely to cause discomfort for road users or inhabitants”.

You should also be aware that the French highway code prohibits car drivers from using the horn, except when there is “immediate danger”, and drivers can be fined €35 for beeping in other circumstances, such as to signal their arrival at a friend’s house.

But some noises are protected in French law, meaning that you cannot complain about them.

Following a spate of complaints about countryside noises such as farm animals and church bells, a law was passed giving special protection to the “sensory heritage” of the French countryside, which includes rural noises and smells. So if you live next door to a noisy cockerel you will just have to learn to love his early morning utterances.

Saisir le tribunal – to bring your case before the court 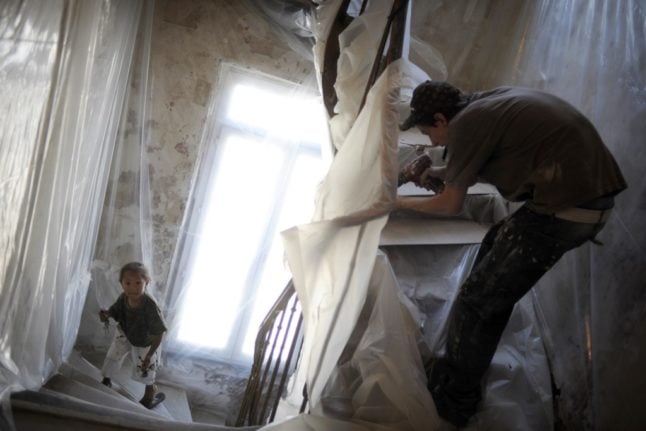 PROPERTY
A beginner’s guide to renting property in France

PROPERTY
A beginner’s guide to renting property in France
Url copied to clipboard!