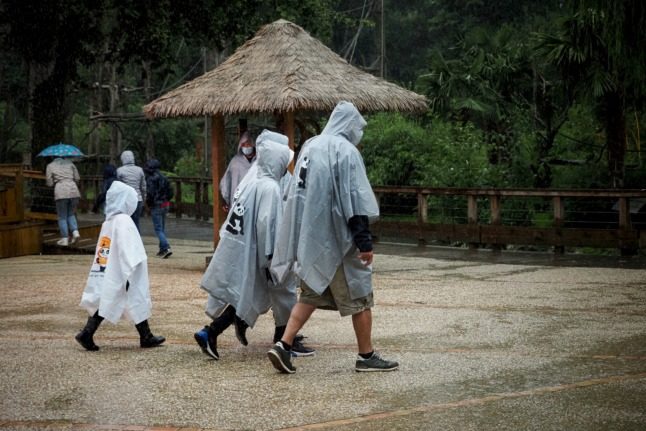 Alsace and the northern Alps were forecast to suffer the most rain on Friday, but flooding was listed as a risk across the wider region as a result of several days of heavy downpours on grounds that are already saturated with water.

Flooding in Belgium and Germany on Thursday caused more than 90 deaths, with hundreds more still missing.

In France, heavy rain and overflowing rivers provoked floods in many towns and caused disruption to train lines.

Between 50 and 70 mm of rain in total were forecast for the eleven departments on orange alert on Thursday, rising to 90 mm in the Haute-Marne and Jura departments, with up to a month’s worth of rainfall expected in a single day.

Temperatures in France have been unusually low since mid-June, with storms and heavy rain seen across the country over several weeks. So far only the south of France has seen sustained periods of sunshine.

Meteorologists have pointed to a “cold drop” as one explanation for the heavy rain and thunderstorms which have raged across the country. A cold drop is “where a mass of cold air at high altitude is disrupted by other masses of hot air, lower down, causing instability, rain showers and sometimes even violent storms,” Le Parisien reported.

Most regions should see drier weather over the weekend. On Sunday, temperatures should reach between 25 and 30C in northern France, and 26 to 33C in southern regions.

Then the week beginning July 19th should be brighter, with Météo France predicting “temperatures above the seasonal average across the country” at the start of the week, although western France could see more rain by the week’s end.

“The Mediterranean regions will retain dry and warm weather.”

“We should have an end to July which looks more like a classic summer,” forecaster Alix Roumagnac told France Info, adding that the rain seen in recent weeks would usually arrive earlier in the year, “when we get out of winter, during the spring, before moving into summer.”

The longer term forecast from Météo France predicts that August will see typical temperatures and levels of sunshine for the time of year.