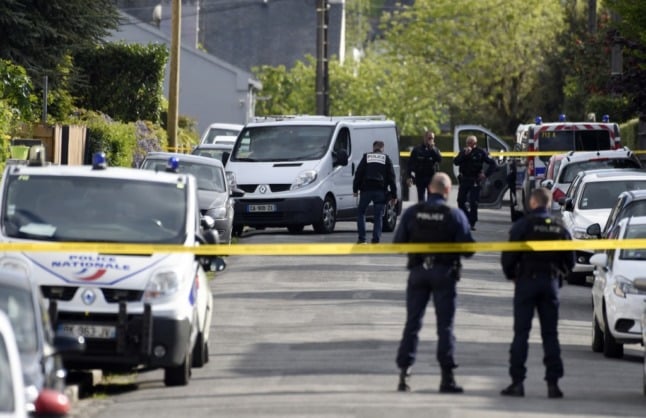 The family were killed in their home in Orvault, near Nantes. Photo: Sebastian Solom Gomis/AFP

The punishment for Hubert Caouissin, 50, fell short of the life sentence demanded by prosecutors, as the jury accepted his lawyers’ argument of diminished responsibility following seven hours of deliberations on Wednesday.

His former partner Lydie Troadec, 52, was sentenced to three years in jail, one suspended, for interfering with a crime scene and concealing a corpse.

Caouissin had already admitted to killing Brigitte and Pascal Troadec, both 49, and their children Charlotte, 18, and Sebastien, 21, at their home in Orvault near western city Nantes on the night of February 16th-17th 2017.

He then spent three days painstakingly dismembering the bodies at his farm, throwing muscles and organs into the bushes in the hope that they would be eaten by animals and burning skin, bones and fat in an oven.

Caouissin was convinced that Pascal Troadec had concealed a family fortune in gold ingots, supposedly a fraction of the reserves transferred from the Bank of France to Canada at the beginning of World War II that had later been discovered in Brest.

He claimed he had visited the family in Orvault to demand “information” on the supposed hoard, and killed his victims in self-defence.

His lawyer Thierry Fillion said the accused was suffering from “chronic paranoid delusions” that have been confirmed by psychologists and psychiatrists.

Defence lawyers urged jurors not to lock Caouissin up for life based on the diagnosis.