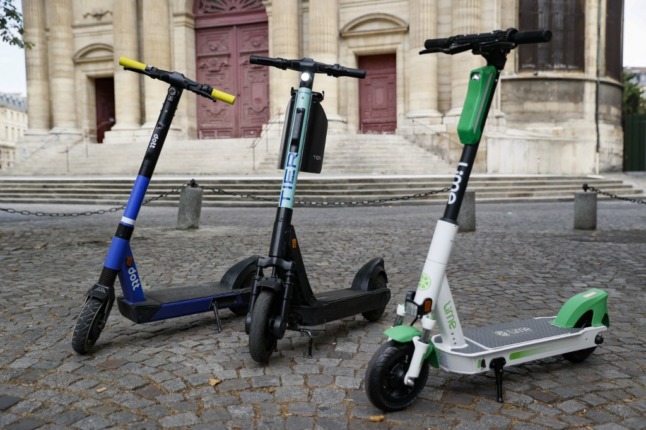 The safety of scooters has been the subject of fierce debate in Paris. Illustration photo: Thomas Samson/AFP

The pair are suspected of fleeing the scene by the Seine river after the incident last week, which revived debate over the safety risks in allowing the devices on busy city streets.

A search for the riders and calls for witnesses were launched after the accident shortly after midnight on June 14th.

The victim, a 32-year-old Italian identified as Miriam, was with friends on a pedestrian stretch of the riverbank when she was hit by a scooter driven by two women.

She was taken to hospital in a critical condition and died two days later.

The two suspects face charges of manslaughter and fleeing the scene of an accident.

A #Miriam hashtag went viral in indignant social media posts, with many calling the scooters a public danger that should be subject to stricter controls.

Since 2018, Paris has been flooded with at least 15,000 electric scooters available for rent, drawing the ire of residents and city officials complaining they are cluttering up already crowded sidewalks and squares.

Officially they are forbidden on sidewalks and only one rider is allowed, but enforcement is scant and many riders, including tourists, ignore or are unaware of the rules.