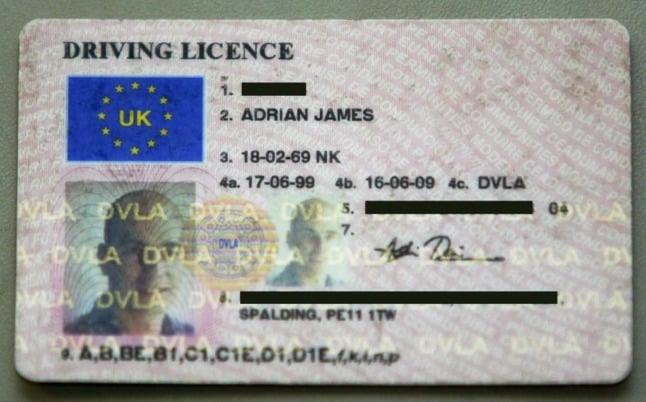 For several years UK driving licence holders living in France have been in limbo – told that they need to exchange their licence for a French one but unable to complete the exchange due to the lack of a post-Brexit agreement between the French and UK governments.

However, on Thursday the British Embassy in Paris announced that an agreement had finally been reached.

The announcement from the UK government stated: “The UK and France have agreed new arrangements for recognising and exchanging UK driving licences in France.

“Under the new arrangements:

“If your UK driving licence was issued before January 1st 2021 – Your licence is recognised in France for as long as it is valid.

“If your UK licence has expired, or is due to expire, you will be able to exchange it for a French licence. When you have applied you will receive your attestation de dépôt sécurisée. You can use this document to drive in France until your new licence arrives.

“If your UK driving licence was issued on or after January 1st 2021 – You will be able to continue using your licence for up to 1 year from the date of issue of your residency permit. If you intend to stay in France longer than 1 year, you must exchange your UK licence for a French licence during this first year. You will not need to take a driving test.”

For a detailed breakdown of the new rules and system, click HERE.

This information refers to both the expiry of photo card and original paper driving licences issued in the UK (more info below).

The system to exchange for people who do need to do so is not yet live, but this is expected to be so in the next few weeks.

This applies only to UK licence holders living in France, British tourists and visitors can continue to drive on their UK licence, do not need to exchange it and do not need an International Driver’s Permit.

UK licence holders living in France had previously been told they would need to exchange their licence by the end of 2021 in order to avoid having to take a French driving test.

The new arrangements appear to mean that the majority of Brits living in France will now not have to make an exchange immediately, and can instead wait until their licence is near to expiry to make the swap.

More detail was provided by Kim Cranstoun, who runs the Facebook group Applying for a French Driving Licence.

She said: “Licences and Photocards issued before December 31st 2020 will continue to be recognised as legal and will be eligible for exchange six months before the expiry date of :

“A WARP Withdrawal Agreement Residence Permit (Article 50 Tue) will be required for UK citizens, or a carte de séjour if you are required to hold one for application. If you hold EU citizenship, no changes to existing exchange procedure.”
There was also relief for the many who have been left in limbo and unable to drive after their licences expired before the new announcement was made.
She added: “All Licences and Photocards issued before December 31st 2020 but which have now expired, whether before December 31st 2020 or since whilst waiting for the new system to go live, will be eligible for exchange.”
“This won’t be a quick process but once your application moves to the request to submit your licence you will receive an Attestation de Depot de Permis de Conduire (temporary licence) whist your French licence is being finalised.”

The driving licence issue has been a long, confusing and highly frustrating saga, marked by several changes in the official advice.

This meant that anyone who moved to France after 2019 has never been allowed to make an application to exchange their licence.

When the Brexit transition period ended on January 1st, 2021 a complete block came in on exchanging licences while the two governments attempted to agree a reciprocal agreement.

This left people whose licence was about to expire trapped, unable to either renew their UK licence or exchange it for a French one.

The Local heard from many people, often elderly, who were left stranded in rural France with no driving licence.

BRITS IN EUROPE
Brits in Europe won right to vote for life in UK but questions remain
Url copied to clipboard!