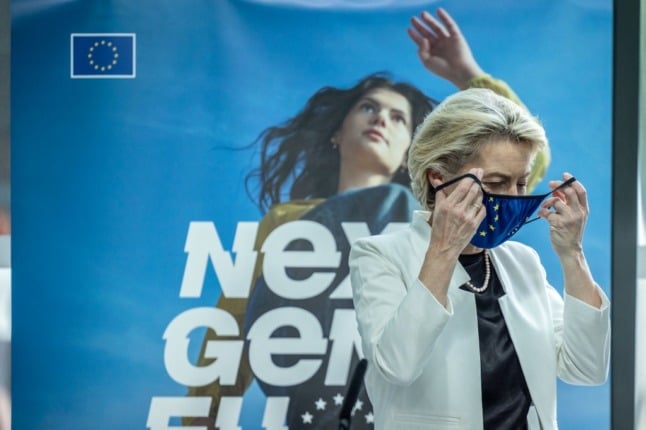 France is one of 10 EU countries to have had its Covid recovery plan approved by the European Commission. In total, 24 countries have submitted dossiers outlining how they would spend their money.

The fund, known as Next Generation EU, was set up to help countries climb out of economic downturns caused by the pandemic.

As a condition for receiving a slice of the financial package, the Commission said 37 percent of any funds received must be invested in measures that support climate objectives, while 20 percent must be used to develop digital technology and infrastructure.

France set its bar higher still, with 50 percent of its allotted sum to be spent on climate issues and 25 percent set aside for digital transition.

Nearly €6 billion of France’s €40 billion grant will be spent on energy efficiency technology and nationwide improvements, €6.5 billion on improving the transport infrastructure, €5 billion on developing green energy, and €10 billion on the country’s digital network.

The first third of the money could be released as early as next month following what is expected to be a rubber-stamping exercise at a meeting of all 27 European finance ministers scheduled for July 13th.

It has taken nearly a year to reach this stage. The historic deal allowing the Commission to borrow money on the financial markets was agreed after a four-day and four-night summit last July. The legislation was agreed at an EU level in December. It then had to be approved by all 27 Parliaments – Austria and Poland were the last to ratify the deal at the end of May.

Germany’s Constitutional Court also had to have a say after the country’s far-right AfD argued the fund breached EU treaties. Judges rejected the AfD’s position.

A key element of the fund is the €672.5 billion Recovery and Resilience Facility. Up to €312.5 billion of this will be handed out as grants and €360 billion as loans.