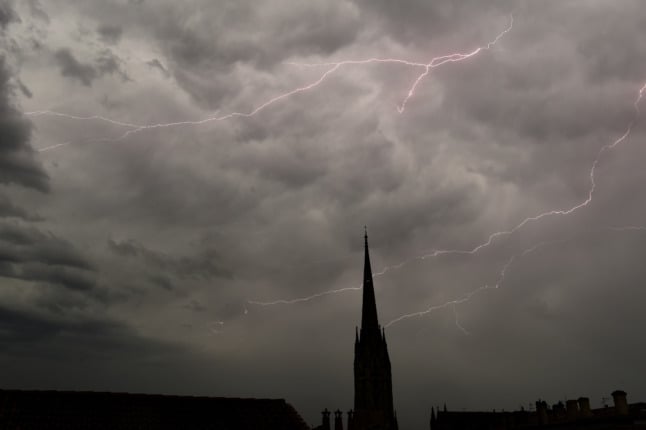 In the northern town of Beauvais, three months’ worth of rain fell in one day, leading to floods and collisions on the roads.

An eighteen-year-old man was still missing on Tuesday morning, according to local newspaper Courrier Picard. The newspaper reported that the fire service was called out almost 400 times.

Roads were flooded in the north-eastern city of Reims as well, after severe downpours on Monday evening.

It followed several days of heavy rain, hailstorms, and strong winds, with power cuts reported in many areas over the weekend.

Outdoor concerts organised for Monday’s Fête de la Musique were cancelled in several cities, including Tours and Nantes, because of heavy rain and strong winds.

More storms were expected on Tuesday afternoon, with downpours punctuated by thunder, according to Météo France. Downpours were forecast to last all day from the Hauts-de-France region to the Pays de la Loire in the north-west. In the north-east, gusts were predicted to reach 70 km/h.

However as of Tuesday morning there were no longer any departments subject to “orange” weather alerts – the second highest warning level. However that could change as the storms roll in.

Most of the country was on yellow alert, with only the south-east and Brittany expected to be completely untouched.