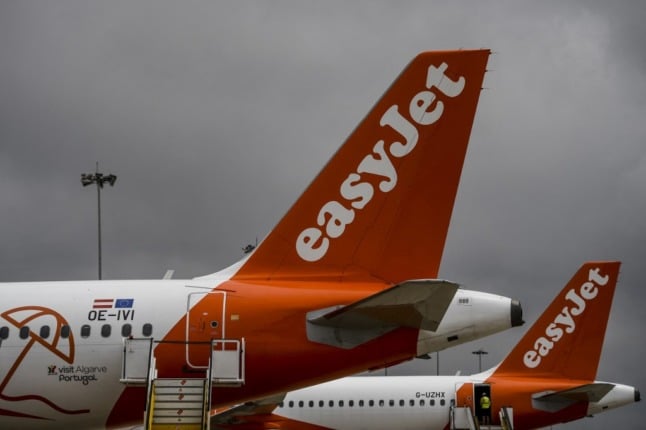 Travel between the UK and France

France is on the UK’s amber list for travel, which means travellers must present a pre-departure test, plus quarantine at home for 10 days upon arrival in England, Wales or Scotland. In addition, PCR tests will be required on days two and eight of quarantine.

The UK health secretary, Matt Hancock, has warned that the amber list features “places that you shouldn’t go to unless you have an absolutely compelling reason”, and concern over new Covid variants, particularly from India, is making it unlikely the situation will change soon.

You cannot currently enter the UK if you’ve been in or through a country on the red list, unless you’re British, Irish or you have the right to live in the UK.

The UK is listed as “orange” for France, which means travellers need a negative Covid-19 test, and, unless you are fully vaccinated, an essential reason for travel.

READ ALSO: Everything you need to know about travel between France and an orange-list country

The number of flights to and from France are dwindling, with Britain unlikely to really reopen overseas travel until August.

According to the Telegraph, British Airways, Virgin Atlantic and EasyJet have already started cancelling flights until after July 19 – the date of the next stage of reopening – as demand plummets.

A spokesperson for EasyJet told the Local that “due to the recent UK government decision not to further open up international travel for the summer we have been required to evaluate our schedule in line with where we see the restrictions impacting demand.”

“As a result, we are currently not able to fly as much as we had hoped between the UK and France and this means some flights will be cancelled.”

Customers will be offered a refund, a voucher, or a free of charge transfer to an alternative flight.

Eurostar is currently operating two services a day in each direction between Paris and London. A spokesperson for Eurostar told The Local that while they are not cancelling services, “they are already operating a minimal timetable which is based on demand.”

“We will continue to monitor demand, and adapt services should there be an increase in bookings,” they said.

The tickets sold by Eurostar are now flexible, which means you can change your ticket free of charge up to 7 days before departure.

See the full list of rules for travelling to the UK with the Eurostar HERE.

P&O is operating its route between Dover and Calais, with around 15 daily sailings.

Irish Ferries is launching a new Dover-Calais service on June 29th, with up to 10 daily sailings.

The Eurotunnel is open with shuttles running regularly (one an hour each way). However, all bookings must be made at least 24 hours in advance, and it is no longer possible to purchase a ticket at check-in.

The service is also offering refundable tickets, so travellers can receive a full refund should they need to cancel.

The tunnel’s Covid-19 travel information can be found HERE.

TRAVEL TO IRELAND FROM FRANCE

Ireland is classed as “green” for France, which means fully vaccinated travellers do not need to follow any travel restrictions. More information can be found HERE.

France was removed from Ireland’s hotel quarantine list, so people arriving from France no longer have to isolate themselves at a pre-booked hotel. However, they will have to show a negative Covid-19 test and fill out a passenger locator form. More information about travel to Ireland from France can be found HERE.

Several airlines such as Aer Lingus, Air France and Ryanair are currently running flights to Ireland.

However, Aer Lingus has cancelled summer flights to several European destinations including cities in France due to a lack of demand. The company told the Irish Times it was rearranging its summer schedule after the government announced that restrictions on international travel would be eased from the middle of next month.

Irish Ferries is continuing to operate its schedules between Cherbourg and Dublin, three crossings a week each way, for people travelling for essential reasons. Flexible tickets are available.

This article is based on the latest information provided by transport operators – anyone who has a trip booked is advised to check directly with their operator.

Beaune said on Wednesday that he hoped to develop a billet unique that can be used on long-distance SNCF trains, local transport services and city public transport such as the Paris and Marseille Metro.

But there’s a catch – it hasn’t been invented yet.

In an interview with 20 Minutes, Beaune said that he hopes the single ticket would “revolutionise the daily life of public transport users in France”.

What is the billet unique?

As we mentioned it doesn’t exist yet, so there are plenty of details as yet unconfirmed, but the plan as outline by Beaune would be to have a single travel pass that is compatible with all public transport system.

So for example users could use it on buses, trams and the Metro in Paris, get a train ticket to Marseille with the pass and then use it to get around Marseille via Metro or bus.

At present all French cities have their own transport operators, who all have different tickets, travel passes and apps which are not compatible with each other. For trains, users must buy tickets from SNCF (either on paper or via the SNCF Connect app).

Beaune’s proposal is to create a single pass or app that can be used anywhere, although individual apps/passes will remain in operation – one ring to rule them all, if you like.

Individual pricing for tickets would remain the responsibility of local authorities or SNCF.

When will it be available?

Beaune told news website 20 Minutes that previously he thought it would take “at least ten years to do this, but I’m convinced that within two years we can develop a single ticket to go everywhere in France”.

But it doesn’t exist yet?

No, it’s being developed as we speak.

Back in November, Beaune announced a “hackathon” – an event where people engage in rapid and collaborative computer science, typically in a short period of time like 24 or 48 hours – at the Cité des Sciences et Industrie in Paris. The event was set to run from February 7th to 8th.

The hackathon has one goal – innovating and designing the “transport ticket of the tomorrow” or the billet unique.

A jury at the hackathon will now select the best idea for producing a single-ticket compatible for travel across France. Over 70 different groups – from start-ups to individuals – participated in the event.

After the hackathon, the plans for the transport ticket will be taken to a government established working group whose job will be to “define the procedures for implementing a single transport ticket on a national scale,” according to French daily Le Parisien.

A ‘hackathon’ – does that mean it will be a digital ticket?

Baune said that an app would “obviously be the easiest, as E-tickets can be recognised and read everywhere”.

However, the minister did note that the single-ticket system would still need to be accessible to those less adapted to digital technology, particularly for the elderly.

Referencing Germany’s €49 ticket – intended to improve train travel across the country – Beaune mentioned that the ticket could also come in a paper version.

“We’re not starting from scratch,” the minister said, referencing the Navigo pass in the Paris region, and the Korrigo pass in Brittany.

READ MORE: When is Germany’s €49 ticket coming – and how long will it last?

Eventually, Beaune said that he hoped such a ticket might be available on a Europe-wide scale, pending initial success in France.

How much could it cost?

Pricing for transport tickets will be left to local authorities, as it is now. However the minister added that it may be possible for the common ticket itself to lead local authorities to offer the same rates over time.