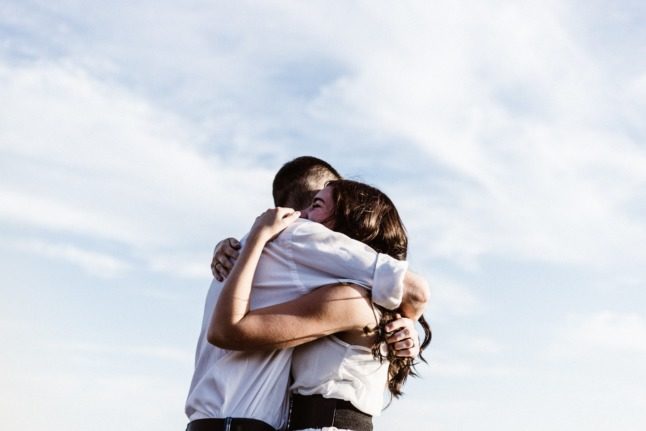 From Wednesday, June 9th, entry to France will be according to the traffic light system.

Foreign travel is often talked about in terms of holidays, but for people living abroad, travel bans have meant they have been unable to see friends or family for many months at a time.

Tony, originally from New Zealand and now living in Nantes, said: “I’m ecstatic! My Mum and Dad are fully vaccinated and will be visiting at the end of the month … it’s been 15 months since I saw them.

“It makes sense” he added, “New Zealand did a really good job with controlling this virus from the beginning, so that’s why things have been easy for us in the long-run”.

Rachel, originally from California but now living in Nice, said: “My parents haven’t even met their new granddaughter yet so they’re desperate to visit.

“They’re fully vaccinated so it makes perfect sense and I can’t wait to see them again, it’s been so hard being apart while having a baby.”

“I do like the fact that they’re taking vaccination into account,” said Kate Billington, a 30-year-old English teacher originally from Dorset.

“When I travelled to the UK in May, they weren’t doing that which was frustrating. I understand that some people can’t get vaccinated because of medical issues, or simply because they’re not yet eligible … but at the end of the day, the government has to differentiate between those who have been vaccinated and those who haven’t to reach herd immunity … then the rules can be more open to non-vaccinated people.”

But not everyone is planning to take advantage of their newfound freedoms just yet.

“I’d love my family to visit,” said American Paris resident Kirsten, “but now is not the time … despite them being fully vaccinated, I would prefer that they wait until we have less regulations.

“I also think I want French residents to enjoy the freedom of having restaurants and bars open before tourists.”

“There are still thousands of new cases every day in France at the moment,” said Deidre Jones, a retired businesswoman originally from Scotland but now living in Paris’ 16th arrondissement.

“I won’t be relaxing too much … I’m yet to have had a meal on a terrace and I’m not sure I’ll be having one any time soon, never mind travelling.”

While others were concerned about the relaxation in restrictions from the UK, given the worrying situation with the newly-renamed Delta variant of Covid first identified in India.

“The UK is on high alert at the moment, contemplating whether or not to enter their final phase of reopening on June 21st due to a rise in the Delta variant,” says Audrey Jones, a retiree from Chicago but now living in Angers.

“Even when vaccinated, you can still carry the virus … so it seems irresponsible to me, I’d be worried if I lived in a popular French city like Paris.”

While remaining conscious of the health situation, others were thinking of the French economy, in which tourism plays a major part, and the small business-owners who are dependent on the tourist trade.

“France needs to get back on track economically and open the doors to tourism. The number of Brits visiting France will be dropping anyway due to Brexit and its rules and regulations, so I agree with the government making it somewhat easy for them [British people] to come on holiday here.”

“In my twenties, I was able to travel and explore Europe on a shoestring” says John Fischer, a British book-seller who has been living in Paris for the past twenty years.

“So many young people haven’t been able to do that over the past year, and it seems unfair they won’t be able to because they’re not yet in the age-rage [in some countries] to be vaccinated.”

But Jack Uzcatequi, originally from Ecuador but now living in Paris, pointed out: “Vaccination for travel has been a thing forever.

“People who aren’t used to getting visas for travel are in a huff about it for no reason. You have never been able to visit Panama, for example, without a yellow fever vaccine.

“I hope this system works” he added, “it sounds reasonable to me”.