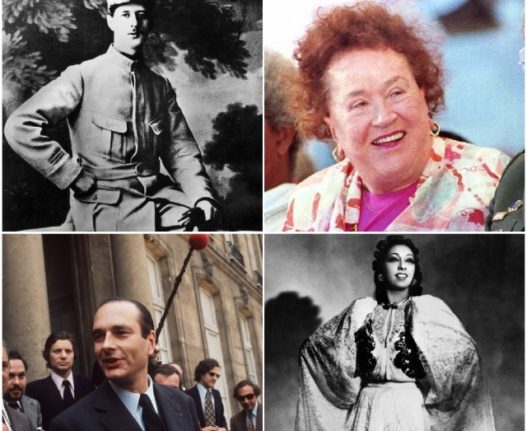 How can you govern a country which has 246 varieties of cheese? – Charles de Gaulle

Three years into his 10-year presidency, the ultimate Frenchman jokingly complained about the impossibility of governing the country.

Rather proving his point is the fact it is regularly gleefully pointed out his estimate of the number of cheese varieties in France is way off the mark. The number of French cheeses is thought to be more than 1,200 and there are eight ‘cheese families’.

Addressing the well-known French habit of complaining, French writer Sylvain Tesson came up with this pithy little phrase to address the fact that French people frequently regard their own country as the worst in the world . . . apart from all the others.

The relations between France and the United States have been, are, and will always be conflictive and excellent. It is the nature of things … The US find France unbearably pretentious. And we find the US unbearably hegemonic – Jacques Chirac

The former French president, and master of the pithy phrase, summed up the frequently complicated relationship between France and the US, which became even more complicated when Chirac flatly refused to join the US-led invasion of Iraq.

There is an admirable fact about the psychology of France: she knows no half measures, loathsome or sublime, she forges the thought and the beauty of a world or of a dung heap; her destiny is never to be mediocre – Josephin Peladan

The 19th-century novelist had this to say about la beauté et la bête that is France, and believed it kept the country from ever being ‘mediocre’.

It seemed that in Paris you could discuss classic literature or architecture or great music with everyone from the garbage collector to the mayor – Julia Child, My Life in France

Proof, if you ever needed it, that France is a country of culture vultures, from the American food writer who was later immortalised by Meryl Streep in the gentle Julie and Julia.

I wanted to get far away from those who believed in cruelty, so then I went to France, a land of true freedom, democracy, equality and fraternity – Josephine Baker

Josephine Baker was remarkable in every possible sense of the word. The American-born French entertainer, Resistance agent, and civil rights activist had this to say about her adopted country.

France is like a maddening, moody lover who inspires emotional highs and lows. One minute it fills you with a rush of passion, the next you’re full of fury, itching to smack the mouth of some sneering shopkeeper or smug civil servant. Yes, it’s a love-hate relationship – Sarah Turnbull

READ ALSO Why the customer is not always right in France

The Australian TV journalist-turned-author sums up France and the French in 47 words. She’s not the first to try it, but few have managed to say it as succinctly.

The American journalist and author of Death Be Not Proud damns France and the French with faint praise.

When he wasn’t spending nine years writing the first dictionary of the English language, Dr Johnson was quick with a quote. The 18th-century master of the soundbite clearly didn’t have much truck with France.

The French are a logical people, which is one reason the English dislike them so intensely. The other is that they own France, a country which we have always judged to be much too good for them – Robert Morley

The actor and raconteur on why the French seem able to live rent-free in the heads of a certain class of English people.

READ ALSO French bashing – why the hatred towards France?

France has neither winter nor summer nor morals. Apart from these drawbacks it is a fine country – Mark Twain

The American writer clearly didn’t like France. He didn’t like golf, either – though whether that also counts against him depends on your opinion of golf. Or France.

We always have been, we are, and I hope that we always shall be, detested in France – Duke of Wellington

Anglo-French relations, as per the Duke of Wellington… In fairness, he was at war with the French for significant parts of his life. Maybe he would have been more chill if he had the option of a gîte holiday in Dordogne.