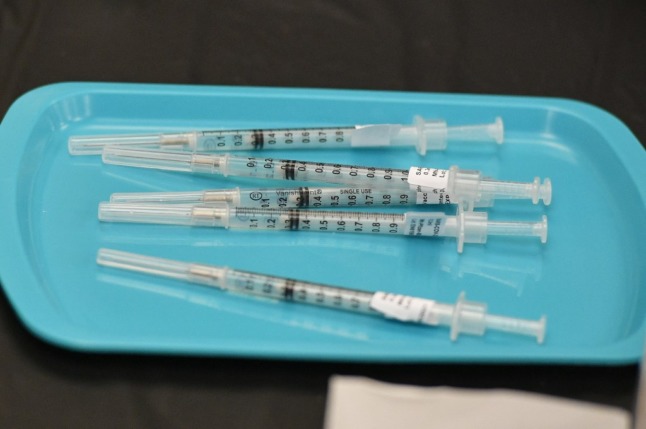 The story garnered attention on Monday when a popular French YouTuber tweeted: “Strange. I’ve received a partnership proposal which consists of denigrating the Pfizer vaccine in a video.”

Léo Grasset has earned almost 1.2 million subscribers on his YouTube channel DirtyBiology thanks to his videos popularising scientific concepts. He tweeted that a company with a “colossal budget” and a “client who wants to remain anonymous”, had asked him to make the video.

A few days earlier, YouTuber Sami Ouladitto warned his followers to be wary of any influencers sharing articles critical of the Pfizer vaccine.

He tweeted: “These people (I don’t know who’s behind it) are paying influencers/artists to spread propaganda and misinformation…”

The same day, Amine, a junior doctor who runs the social media account Et ça se dit Médecin, tweeted a similar warning, and said he had been offered €2,000 to discredit the Pfizer vaccine in an Instagram story.

“What slightly shocked me was that in one of the points it was written that it was important not to say that it was a partnership […] to create a post as if it was coming from us, as if it was our own opinion,” Amine told RMC on Tuesday.

In reality, “there is no particular problem with the Pfizer vaccine,” he added.

Who is behind this campaign?

The author of the message claims to represent a UK-based communications agency called Fazze.

However, extracts of the original brief sent to influencers, published by French media outlet Numerama, feature odd turns of phrase, such as “Tell that this info was publicated in famous French publication called Le Monde”, raising suspicions that the author is not a native English-speaker and is using translation software.

The claim of being based in London also seems a little shaky. According to Numerama: “Fazze is not registered as a company in the United Kingdom, and a look at Google Maps shows that the London address indicated on its website does not belong to [the company].”

The article adds: “On Linkedin, Fazze has just one employee, who claims to have done internships for Russian companies in the past.”

According to Le Monde, the LinkedIn profile of Fazze’s CEO, which has since been deleted, revealed that the company was operating from Moscow, and not London.

French newspaper Libération’s CheckNews fact-checking service also notes that the London address has since disappeared from the Fazze website, as has a link towards a Russian social network.

However, Numerama adds: “The elements which point towards Russia do not allow us to draw any definitive conclusions: neither the country, nor the Russian vaccine Sputnik V which the country is actively looking to spread, are mentioned in the campaign.

How did the French government react?

The French Health Minister Olivier Véran has condemned the attempts to discredit the Pfizer vaccine, which is by far the most widely-used vaccine in France.

“I don’t know where it’s coming from, France or abroad,” Véran told the BFMTV channel.

“It’s pathetic, it’s dangerous, it’s irresponsible, and it doesn’t work because the French people are intelligent and they have understood everything about the health crisis and how to avoid it. Today, a large majority wants to have the vaccine.”

Much has been made in recent months about vaccine scepticism in France, but according to a recent poll, only 20 percent of French people no say that they do not intend to get the vaccine.

A further 13 percent said they were unsure whether they would get it or not.

The French health ministry says it believes 80 percent of people vaccinated is an achievable target.