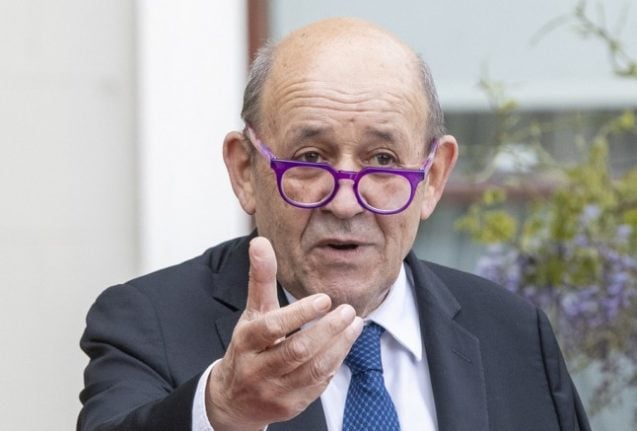 Since mid-April, travel into France from India has been strictly limited due to concerns about the health situation and the emergence of another new variant of the virus.

However French officials are now becoming increasingly worried about the situation in the UK, which has seen several thousand cases of the ‘Indian variant’, particularly in hotspots in the north of the country. Travel into France from the UK currently requires a negative Covid test and a 7-day quarantine, but is allowed for any reason.

Germany has put the UK on its risk index for this reason, which bans most travel from the UK apart from German citizens and people who are permanent residents in Germany.

Confirming that it is a concern, French foreign minister Jean-Yves Le Drian seemed to rule out a complete ban.

He told French radio station RTL: “The arrival of the Indian variant poses a problem and we are vigilant on this point, in co-operation with the British authorities.”

However he added that the UK would not be put on the red list in France’s proposed traffic light system, a designation which bans virtually all travel.

He said: “If we do have to do it, it won’t be the red list. It will be an intermediate measure, but we are not ruling out make the health measures a little stricter.”

The French government on Wednesday has its regular meeting of the Defence Council, which considers the latest health situation and whether any extra restrictions are needed to keep the virus under control.

Around 80 percent of Covid cases in France are now the ‘UK variant’ of the virus, a new strain of which has been discovered in Bordeaux.

Although case numbers in France remain higher than many of the country’s neighbours, there has been a significant and sustained fall in daily case numbers, hospital occupancy and deaths in recent weeks, allowing the country to move to phase 2 of its reopening plan which included allowing café and bar terraces to reopen.

The above graph by French journalist Nicolas Berrod shows the dramatic fall in the incidence rate (cases per 100,000 of the population) with the red line showing estimated cases around public holidays, when testing rates tend to fall.