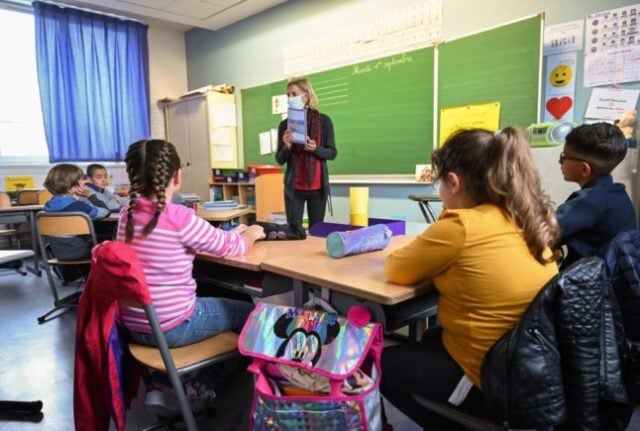 In a circular to teachers, Blanquer wrote that it is “too complex” and is “an obstacle to the acquisition of language and reading”.

If equality is to be “built, promoted and guaranteed by the Republic’s schools”, it must be achieved in particular through “the training of all staff and the transmission of a culture of equality”, the Ministry said.

What is inclusive writing?

As we know, every object in France has a gender and unlike languages such as German which have a neutral option, in French it must be either masculine or feminine.

This isn’t a problem when referring to la table, but does have an effect on things like job titles, or members of certain groups.

So making French gender inclusive is a little more complicated than in English where one can – for example – substitute the word fireman for firefighter, which covers both male and female employees of the fire service.

Feminine forms for traditionally masculine roles are now commonplace in French. Paris Mayor Anne Hidalgo uses the feminine la présidente rather than the traditional Mme le président, for example, on her Twitter bio (that’s referring to her presidency of the 40 Cities group, although she is rumoured to be planning a presidential bid next year).

As well as creating feminine versions of all professional nouns, feminists and egalitarians have recommend a grammatical tool that consists of adding a “median-point” at the end of masculine nouns, followed by the feminine ending, to indicate both gendered versions.

Here are some examples:

Some have even recommended creating a gender-neutral pronoun, similar to ‘hen’ in Swedish, or how ‘they’ is sometimes used in English. These and other recommendations are known as “inclusive writing.”

And the Education Minister wants to ban this? Do the 1950s want him back?

Not entirely. Just the median-point bit. And he wasn’t born until 1964.

“In the context of education, compliance with grammatical and syntactic rules is essential,” Blanquer wrote in the circular published in the Bulletin officiel de l’éducation nationale.

“Recourse to so-called ‘inclusive’ writing should be prohibited … which notably uses the median-point to simultaneously reveal the feminine and masculine forms of a word used in the masculine when it is used in a generic sense.”

Blanquer has long been against the practice of using the median-point in writing. In 2017, he tweeted: “Language should not be exploited, even for the best of causes. It is a cornerstone of life that we owe to children”.

The circular continues: This writing, it says, “constitutes an obstacle to reading and understanding writing”.

“The impossibility of verbally transcribing texts using this type of writing hampers reading aloud as well as pronunciation, and consequently learning, especially for the youngest.”

So, it’s patriarchal language as usual, then… Typical

The circular goes on, however, to encourage the feminisation of professions and functions.

“The choice of examples or statements in a teaching situation must respect equality between girls and boys, both through the feminisation of terms and through the fight against stereotypical representations,” it says.

And it ends with an appeal to educators to ensure respect for common rules “which contribute to the promotion and guarantee of equality between girls and boys (…) but also the fundamental issues of transmission of our language. “

It should be noted, too, that then-Prime Minister Edouard Philippe issued a similar edict for government publications back in 2017.

Where does all this come from?

The row over sexism in French has raged for decades. It can trace its roots back more than a century to World War I, when women filled traditionally masculine working roles while the men were in the trenches.

They changed the language. Nouns referring to men-only professions quickly developed feminine versions. At least until the men came back from the front.

The issue was studiously ignored at government level until 1984, when the first of numerous studies to make French gender neutral and more inclusive began. But any proposals put forward were rejected out of hand.

French-speakers in neighbouring Belgium and Switzerland dealt with this ages ago, while the official language body in French-speaking Canada urged language feminisation wherever possible in 1979.

France is finally beginning to catch up with other Francophone nations.

Today, feminine versions of the professions (surgeon – chirurgien or chirurgienne, solicitor – avocat or avocate, editor – rédacteur or rédactrice) are commonplace.

And it’s completely standard for politicians such as Emmanuel Macron to address françaises et français or, as below, female Europeans and male Europeans – although Charles de Gaulle also did this, so it’s not exactly a new development.

Until then, the official language of French life had been resolutely male, with most jobs titles automatically masculine (even if many people ignored the Academie’s views on this subject).

Hope for the future

Language is getting away from traditional institutions like the Académie Française, as anglicisms added to 2022 Le Petit Larousse dictionary reveal. And normalising inclusive writing is increasingly taken for granted.

The median-point may be a step too far in some circles, for now – but it is readily used on social media. Given that émoji and VPN are now in the dictionary, it seems like it’s only a matter of time 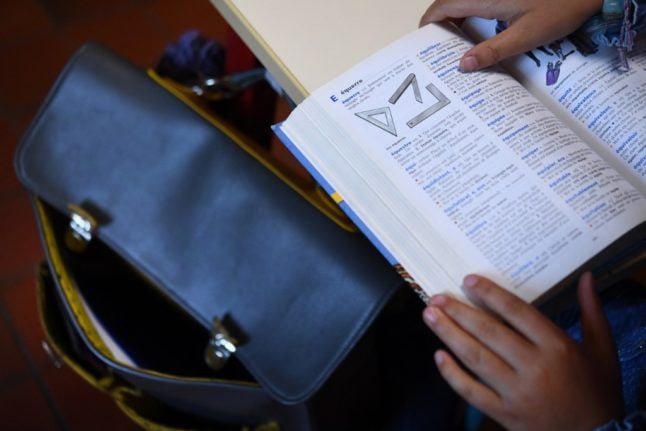 LANGUAGE AND CULTURE
From cluster to coronapiste: The new words entering the French dictionary

LANGUAGE AND CULTURE
From cluster to coronapiste: The new words entering the French dictionary

LANGUAGE AND CULTURE
9 things that make Alsace different to the rest of France
Url copied to clipboard!