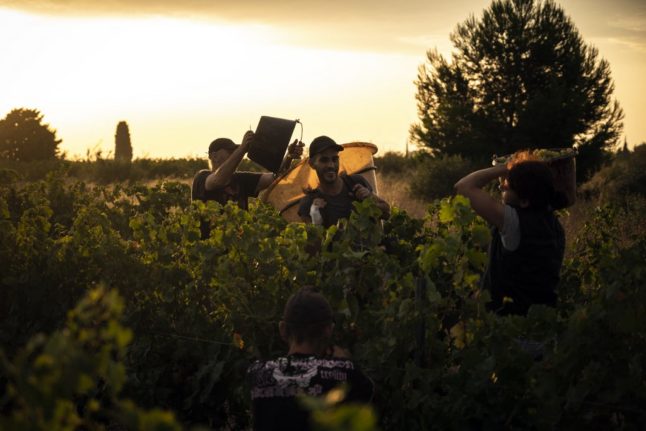 As restaurants across France prepare to fire up stoves after months of keeping closed as part of lockdown measures, owners are facing an unexpected challenge – many of their workers aren’t coming back.

“After the health crisis, restaurants are going to have a growth crisis,” Bernard Boutboul, a former restaurant manager who now advises owners worldwide at his Paris-based consultancy Gira, told AFP. “There’s going to be huge demand that they won’t be able to meet because they won’t have enough staff.”

And restaurants are far from alone. Several French sectors have lost workers since the pandemic hit.

After a first two-month Covid lockdown last spring, France has kept restaurants, bars and cafés, but also cultural establishments, shut since October in a lockdown that will be lifted in stages starting May 19th.

So-called non-essential shops closed down in April during the partial lockdown that is now being eased, and other sectors such as wine and agriculture suffered the consequences of restaurants and bars keeping shut.

So as the country begins to reopen again, many employers are looking to hire.

Restaurants are among the ones most desperate to fill their staff openings quickly, before the reopening of terraces planned for May 19th.

Of the 350,000 restaurant jobs normally in France, Boutboul expects that around a third have disappeared over the past year based on client surveys.

That figure is roughly in line with the 100,000 lost according to the UMIH restaurant and hotel lobby.

A study by national employment agency Pôle Emploi, published on May 4th, sheds further light on the matter.

Based on the 1.9 million establishments included in the study, Pôle Emploi estimates that there are in total 2,723,286 job openings spread across several sectors in France – 30,000 more than in 2019, the last ‘normal’ work year.

Some of these are full time positions, but most are seasonal job openings.

READ ALSO: What are the rules on short-term and seasonal work in France?

There are another 88,159 job openings in the agriculture sector (73,850 seasonal) for anyone eager to spend the summer working at a French farm.

Where are these jobs?

All of France’s regions are lacking manpower, as shown in the map below. But the ones with the most jobs to fill are the greater Paris region Île-de-France (477,333 jobs) and Auvergne-Rhône-Alpes, in the south east, around Lyon (323,535 jobs).

The southern regions of Nouvelle Aquitanie, Occitanie and Provence-Alpes-Côte d’Azur all have over 245,000 job openings each.

READ ALSO: How easy is it to move to France if you don’t speak French

The darker the colour, the more job openings there are in that area: Why are they lacking staff?

According to the study, 44.9 percent of the job openings will be difficult to fill because of a lack of qualified candidates.

This is because many people have switched sectors in the time since the pandemic hit last spring, for reasons that often include both the general economic situation and a rethinking of what they want in life.

The forced time off during the Covid-shutdown has given employees ample time to reconsider their choice of profession, which for restaurant workers meant working nights and weekends in a pressure-cooker environment is the norm, leaving little time for their own families and friends.

Scores of former chefs, sommeliers and room managers have expressed relief at finally taking off their aprons for good.

“I asked myself, apart from my job, what have I done with my life? Not much really. To tell the truth, I was 56 years old when I discovered the pleasure of eating with my family,” Thierry, who quit a head chef job in December, told Le Parisien daily on Thursday.

In the restaurant sector, chefs are also being lured away by “dark kitchens” that only prepare meals for delivery, which have seen a surge in demand during the lockdowns.

“They can generate serious revenue with few employees, and they can pay chefs what we do but with much easier hours.”

So what are the chances of getting one of these jobs?

Travel restrictions last year left a gaping hole in sectors that depended on seasonal workers in the summer. This year, France is, together with the European Union, looking at using health passports to allow for international travel and hopefully boost tourism incomes in a sector that constitutes nearly 10 percent of its GDP.

That means qualified candidates that are allowed to travel to France are in demand, be it for picking grapes at a vineyard, working at a hotel by the coast or serving coffees at a Parisian café.

READ ALSO: How to write the perfect CV for getting a job in France

“There are lots of jobs available and not very many candidates,” Marc-Antoine Surand, the owner of Quedubon bistro, in a northeast corner of the capital, told AFP.

“It won’t be a problem at first but very quickly, when we open fully, it’s going to be problematic.”

“So we’re going to be looking very hard!”