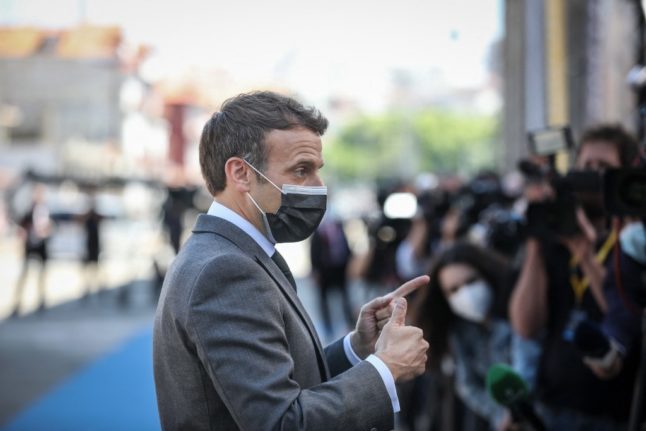 “Today, the Anglo-Saxons block many of these ingredients and vaccines,” he told reporters as he arrived at a summit in Porto, defending Europe’s record as an exporter of doses.

“Today 100 percent of the vaccines produced in the United States are for the American market.”

READ ALSO Why do the French insist on calling us Anglo Saxons?

That contrasted with the EU’s export so far of more than 200 million vaccine doses, which European Commission chief Ursula von der Leyen has said showed Europe is “the pharmacy of the world”.

Macron’s remarks, echoed by Brussels officials, underlined scepticism in EU capitals over the sudden US about-face this week to support the suspension of vaccine patents, as pushed for by the World Health Organization and countries such as India and South Africa.

While von der Leyen and Macron have said they are open to discussing the idea, German Chancellor Angela Merkel has come out fiercely against it.

Unlike the EU, the US currently prohibits producers from exporting doses abroad under the terms of the contracts it signed with vaccine-makers.

EU officials said the big problem in increasing global vaccine production was not intellectual property protection but ensuring countries such as the US were not hoarding vaccine inputs.

Even if patents were suspended, that would not address how technology and knowhow could be transferred, they said.

Macron said that “we Europeans have been fighting for a year to have the vaccine considered of global public benefit, and I’m happy that others are following us”.

He said the debate around patents was “useful” and he was not displaying “opposition, just doubts about how effective freeing up patents would be”.

He and Merkel, he added, were “totally hand-in-hand” on the issue.

In Brussels, EU officials briefing journalists on the European Commission’s stance in the debate said the US position so far was not fully fleshed out.

“I believe now the US should come forward and explain exactly the substance of their proposal,” one EU official said. “We have not seen anything but a very general statement.”

Lifting patents, by itself, “will not fix things,” said another.