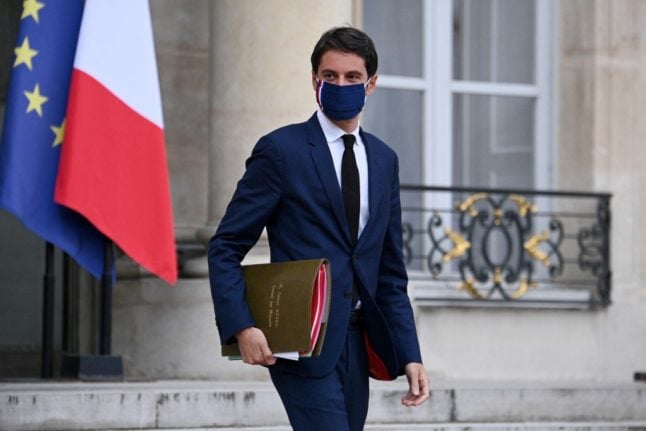 Speaking after the Defence Council meeting on Wednesday, where French President Emmanuel Macron and selected ministers gather each week to review the health measures in place against Covid-19, government spokesman Gabriel Attal said the latest epidemic indicators were positive.

“If we maintain our efforts, May 19th will be the day to reopen café, bar and restaurant terraces and places of culture,” Attal said.

While the overall health situation remained serious and hospitals were still under pressure, average case numbers had dropped by 20 percent over the past week and “regionally, the incidence rate is declining everywhere,” Attal said.

MAP: Where in France are Covid rates falling?

The government’s plan to gradually reopen France allows for postponing the dates in areas with incidence rates – total new cases per 100,000 inhabitants, taken as a seven-day average – of over 400.

All of mainland France’s départements had on Wednesday dropped below that threshold, although the numbers included a holiday – Saturday, May 1st – when many test centres were closed.

Attal also warned that “the threat of variants remains real”, risking a flare-up in cases the country lowered its guard.

“We cannot take lightly the risk of new variants,” Attal said, adding that the government intends to put additional countries on the list of areas subject extra tight travel restrictions. The list would become public after the government notified the countries concerned, which would happen “in the coming hours”.

He also said 16.5 people had received at least one dose of the vaccination.

“We will meet our goals: 30 million people by mid-June and all adults who want to by the end of the summer,” Attal said.