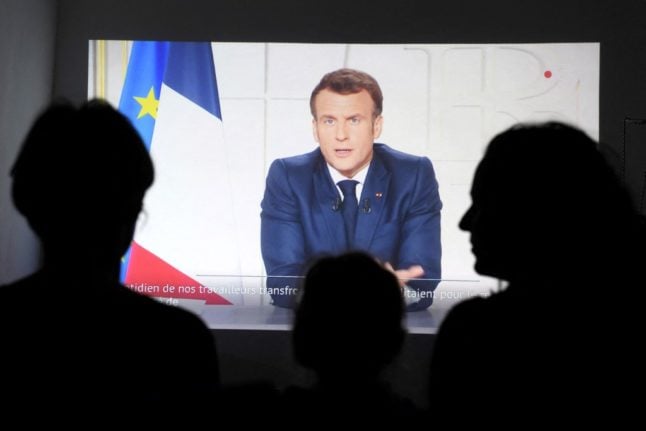 Schools return to classes after the rescheduled Easter holidays. Primary and infant schools restart in-person teaching after a three-week break, while secondary schools and high schools (collèges and lycées) have one more week of distance learning.

Close family members or co-habitees of people with a compromised immune system are now eligible for a Covid vaccine, whatever their age.

READ ALSO When will you be eligible for a Covid vaccine?

Launch of the #MarchesAttaque campaign, which looks at accessibility of public spaces for disabled people, which campaigners say is extremely poor in many areas of France.

Publication of unemployment figures for the first trimester of 2021, a figure that will be anxiously scrutinised to asses the impact of the year-long health restrictions and the government financial aid packages.

Debate between leading candidates for the Île-de-France region ahead of the regional elections, which have been pushed back to June because of the health situation.

The European Parliament to vote on ratifying the EU-UK trade and cooperation agreement that defines post-Brexit relations with Britain. Ahead of the meeting, French fishermen have been staging protests over what they say is a failure of UK authorities to grant them fishing licences.

Debate in the European Parliament on vaccine passports, which EU leaders hope to have in place to allow travel to open up over the summer.

Meeting of the Defence Council which looks at the latest Covid health situation and restrictions. On the agenda is the plan to reopen France, which begins on May 3rd with the scrapping of the 10km rule and is expected to continue in ‘mid May’ with the reopening of non-essential shops and café terraces – however this could be done on a regional basis for areas with low infection rates.

MAP Which areas of France have the lowest Covid levels?

Interior Minister Gérald Darmanin will present to ministers proposals for new anti-terror measures in the wake of the attack on Friday in which a female police administrative worker was murdered by a Tunisian man who had reportedly been radicalised after watching Islamist material online.

Possible TV appearance from president Emmanuel Macron? It has been reported that the president wants to make a TV address “at the end of April” to lay out in more detail the plans for reopening France. However this has not been confirmed.

May Day protests and demonstrations. These will be smaller than the traditional May Day events, but there are some events planned including in Paris to mark the Fête du Travail. Normally May 1st is a public holiday, but as it unfortunately falls on a Saturday this year there is no extra day off work.

Easter in the Orthodox church.