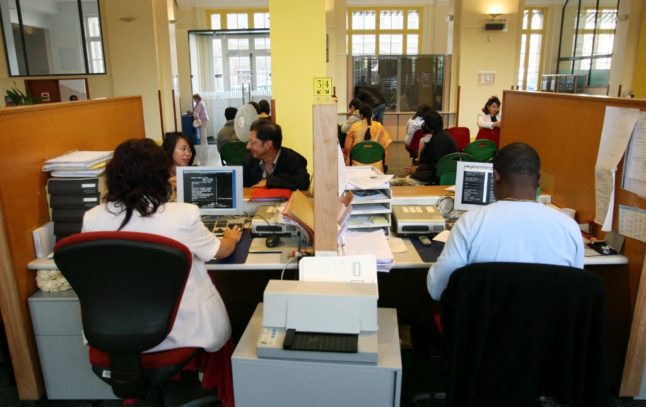 Six months after applications opened – and with just over two months until the application deadline on June 30th – citizens’ rights group Remain in France Together (RIFT) has conducted a wide-ranging survey on how applications are being handled.

All UK nationals who were living in France before December 31st 2020 have to apply for a new carte de séjour residency card – even if they have lived in France a long time, are married to a French citizen or previously had a carte de séjour.

The deadline for applications is June 30th 2021 and by October 1st 2021 it will be compulsory for Brits living in France to have a carte de séjour.

Find out how to apply HERE.

But waiting times for applications to be processed can vary between areas.

Here’s what the RIFT survey found:

A total of 5,187 people responded to the anonymous online survey, of whom 94 percent had already applied for residency. Respondents came largely from members of the RIFT Facebook group which provides information and support for Brits around the residency process and their rights, so the percentage of people who had made the application is likely to be higher than among the general British population in France, but does give a substantial sample size and covers all regions of France.

The application is a three-step process – first you fill in the application via the online portal, which is then passed to the préfecture where you live. After processing your application, the préfecture in most cases invites applicants to an appointment where fingerprints are taken, ID checked and a photo submitted. The card is then sent out by registered post.

Anecdotal evidence suggests that the appointment at the préfecture is usually a quick and simple process of confirming identification, showing documents and giving fingerprints, with many people impressed with how kind and helpful préfecture staff were.

I got mine at the end of December. Such mixed feelings, happiness for a permanent card and sadness that it had come to this. My huge thanks go to the French who simplified the process and have made it possible for many fearful people to stay who thought they couldn’t.

I got mine in February, it was a huge relief & quite exciting 😊. The process was simple, efficient & the prefecture staff were patient, kind & very helpful 🇫🇷

Of the survey respondents who had applied, 29 percent have already received their residency card.

Overall 54.5 percent had been contacted by their préfecture and had either got the card, got a date for their appointment or had been to the appointment and were awaiting delivery of the card. 45.5 percent were still waiting to hear from the préfecture.

The average waiting time from first application (or from when applications began to be processed in October 2020 for those who had applied via the no-deal site that was briefly live in October 2019) to being contacted by the préfecture was 4.3 months.

Just 3.2 percent of applicants were asked to provide extra documentation in addition to what they had supplied with their initial application – however members of the RIFT group are likely to be quite clued-up on what is required by the system.

Although all applications are submitted on the same website, they are then sent to the applicant’s local préfecture for processing, and there have been quite wide regional variations on how long people have waited.

Top of the class in processing applications was Dordogne in South West France, where 76 percent of applicants had received their card. However, due to the large British population in the area, the préfecture has been given extra staff to deal with applications. Most préfectures have no extra staffing, so applications are likely to take longer.

In neighbouring Charente, 29 percent have been contacted and 20 percent received their cards.

In Paris, where applications are processed by the Préfecture de Police, 91 percent of applicants have been contacted and 69 percent have received their cards.

In the Nice département of Alpes-Maritime 60 percent have been contacted and 21 percent have received their cards.

In Puy-de-Dôme and Drôme none of the survey respondents had received their cards.

To find the full breakdown of results by département, click HERE.

“Whilst we know that many people are still collating information or waiting to hear about others’ experiences before submitting the application, we strongly recommend that people submit their application as soon as possible. We hope this report will reassure you that most people are finding the process straightforward.”

For more help and information on the post-Brexit residency process, head to our Dealing with Brexit section, or the RIFT homepage.