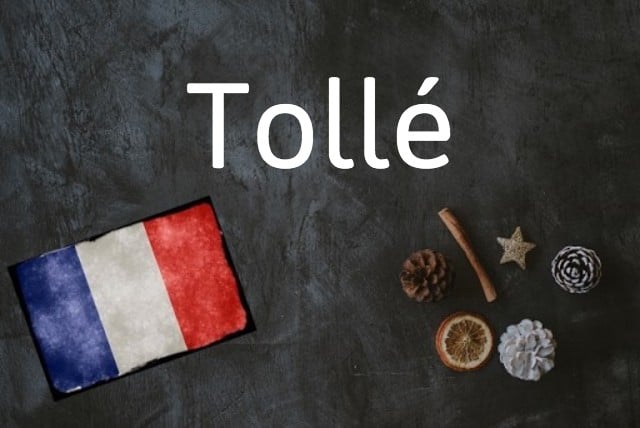 Why do I need to know tollé?

Because it describes something that is very common in France.

The French term tollé translates as ‘outcry’ or ‘uproar’, and refers to an expressed sentiment of discontent by a group of people. It can also mean ‘backlash’ depending on the context.

It is masculine noun, so it’s le tollé, which means ‘the outcry’.

It has biblical origins, from the Latin word tolle used about when a Jewish group demanded the crucifixion of Jesus.

French online dictionary Larousse defines it as a “cry of indignation” or a “protest full of anger”. But it  doesn’t need to be actual street protests, it can be general discontent expressed virtually, through media or social media platforms.

Un tollé is something you generally want to avoid if you’re in power, but it can be a good thing if you’re trying to provoke change.

If you read “face au tollé..” in a French news article, it means ‘faced with the uproar’ or ‘faced with a backlash’, and often the sentence will continue on saying that the individual or group facing the tollé has changed their mind.

For example, French newspaper Le Figaro titled an article this week “Face au tollé, l’éxécutif maintient les élections régionales en juin“, which means “Faced with an uproar, the president keeps the regional elections in June”. This came after mayors and political opponents made their discontent heard after President Emmanuel Macron considered postponing the elections due to the health situation.

Cette loi va provoquer un tollé. – This law will cause an uproar.

Face au tollé, ils ont fait machine arrière – Faced with a backlash, they went back on their decision.