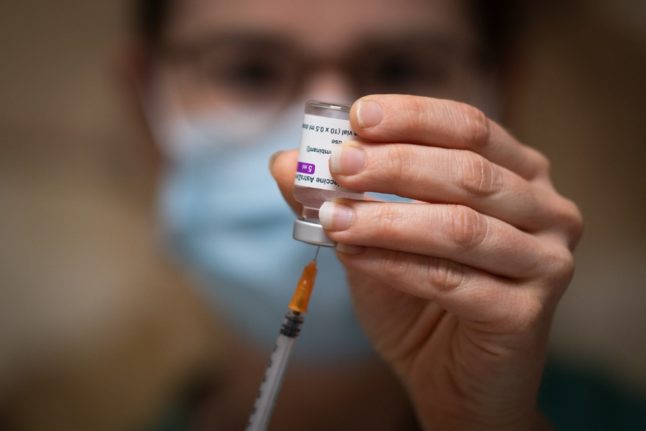 The first ‘vaccidrive’ opened on Tuesday morning in Saint-Jean-de-Védas, close to Montpellier in the south of France.

Inspired by a successful drive-in vaccination scheme in the United States, the centre allows for vaccinating people as they remain seated in their own car.

Cap Santé got the idea as the US reached the goal of 100 million injections back in March, Ramon said.

“We should perhaps not copy everything the Americans do,” he added, “but sometimes, when there’s a good idea, we should get inspired.”

If successful, the drive-in will be copied by other cities to further boost France’s vaccination scheme.

The French government has ramped up the pace of its Covid vaccination scheme in recent weeks, setting up mass-vaccination centres across France, boosting the number of weekend appointments and welcoming schemes that allow people to sign up for alerts on ‘spare’ vaccines to to avoid wasting leftover doses. On Monday, vaccination opened up to all over 55s in France.

EXPLAINED: How to sign up for spare Covid vaccine doses in France

As a result, France’s vaccination scheme has picked up the pace in recent weeks, reaching the set goal of 10 million first doses on April 8th – one week earlier than planned.

Time, I think, to start correcting the disparaging narrative about France’s vaccination campaign:
– 10.8m total 1st doses now given, ahead of target
– vaccination open to >55s tomorrow
– >500k 1st + 2nd doses given on Friday
– 70% now want to get vaccinated, up from 42% in Dec https://t.co/Dwa1OcD5wB

In total 16.4 percent of the population had received at least one dose by April 11th, according to the tracking site VaccinTracker, while 5.56 percent were fully vaccinated with both doses.

As Covid-19 continues to put pressure hospitals with still-rising patient numbers, the government hopes to speed up the vaccination process further with the arrival of the one-shot Johnson & Johnson this week, supplementing the AstraZeneca, Pfizer BioNTechanda and Moderna.

The next goal is 20 million doses by mid-May, when President Emmanuel Macron also hopes to begin reopening the country’s closed sectors, including bars and terraces.

The drive-in is a new “weapon in the vaccination campaign,” Lamine Gharbi, president of Cap Santé, told France Bleu.

Placed outside a regular vaccination centre, the same rules apply for those getting injected in their own car as within the health centre.

“The reservation is always done via the platform Doctolib,” Gharbi said, referring to the medical app where priority groups may book their vaccine appointment.

At the site there will be a doctor and a nurse present, and the person getting injected will have to stay for 15 minutes of observation before leaving the drive-in.

The centre in Montpellier hopes that the drive-in will double their number of daily injections.