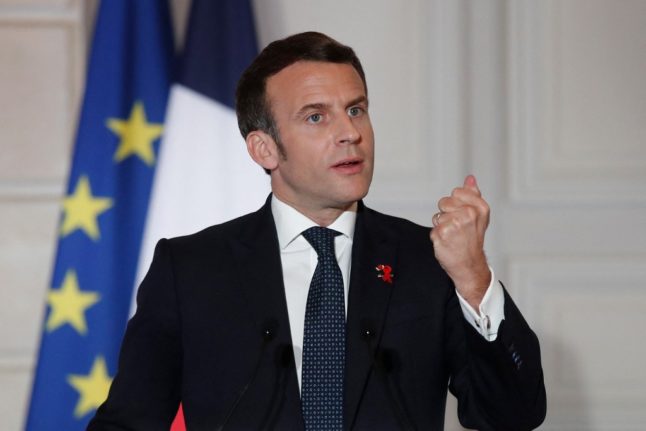 “I can confirm that I have no mea culpa to make, no regrets, no admission of failure,” Macron told journalists in a press briefing after the virtual EU summit on Thursday evening.

“We were right to not reimpose a lockdown in France at the end of January, because the (epidemic) explosion all the models predicted dit not take place,” he said.

Macron was responding to mounting criticism from scientific and hospital chiefs that his government’s latest Covid-19 measures have come too late and were too soft to stem the spread of the third wave and ease pressure on the country’s overly strained health care system.

France imposed a “lockdown light” in 16 départements including Paris and its suburbs on March 20th, and expanded the list to another three départements on Thursday.

The rules are relaxed compared to the ones the country followed during the two previous lockdowns in 2020.

The government has urged everyone who can to work from home and banned interregional travel between areas on lockdown (full rules HERE), but people are allowed to move freely without an attestation permission slip within 10 km of their home and meet up with friends outside.

ANALYSIS: Is Macron’s Covid strategy a ‘third way’ or just the wrong way?

But scientists and hospital chiefs are growing increasingly frustrated and angry at the slow pace of action. On Thursday France recorded 45, 000 new cases in one day whilst intensive care numbers topped 4,700, close to peak of the second wave when patient numbers in ICU unites reached 4,900.

“When we look at where we are now, I don’t see how we can avoid a total lockdown,” epidemiologist Dominique Costagliola told France Info on Friday morning.

“(Hospitals) are already extremely saturated, so it will become completely untenable”, she told France Info. “We will no longer be able to take care of patients who have other illnesses than Covid, it’s crazy.”

Health Minister Olivier Véran said Thursday that hospitals in the greater Paris region Île-de-France had postponed 30-40 percent of their non-Covid medical procedures and were aiming to raise this rate to 80 percent in order to free up more hospital beds for the rising number of patients.

“The pressure on hospitals will continue to rise,” Macron told reporters Thursday.

While the president earlier this week stressed that it was too early to know whether the current, local lockdown light was effective, he opened for the possibility that the government might take soon tougher decisions:

“In the coming days and weeks we will have to take new measures,” he said.

“There is no taboo,” he said, in a message many commenters took as a sign that the government might have to close schools, where cases are spiralling.