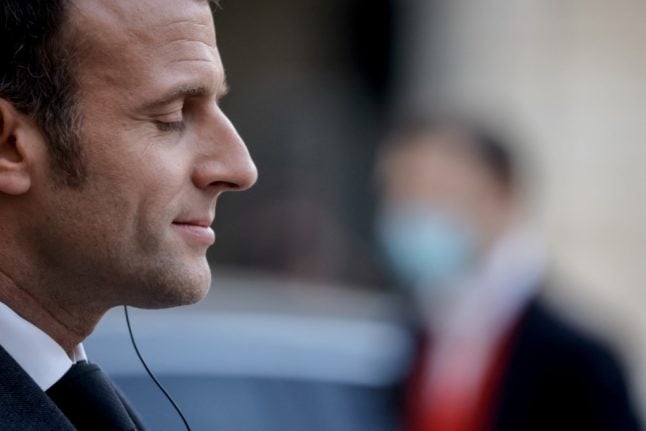 Is it a lockdown, a loose lockdown or something different? A week after the announcement of new restrictions in Paris, many residents in the capital are unsure what to call it and the government is still adjusting its strategy.

“People are still working, taking the metro, going shopping, life’s carrying on,” 64-year-old hospital worker Lydia Moyal told AFP as she strolled near the Eiffel Tower in southwest Paris. “It’s not a lockdown.”

“I couldn’t get a seat and people sat right next to each other,” said the 58-year-old, who added that the new restrictions were “light”.

Faced with surging new coronavirus cases, Prime Minister Jean Castex announced the new measures last Thursday for around 20 million people living in Paris as well as regions in the north and south-east.

Non-essential shops would have to close in these areas, working-from-home should be increased, and everyone would need to fill out a form when they went outside.

But these weren’t “stay-at-home” orders, he said: people could take as much fresh air as they liked providing they remained within 10 kilometres (six miles) of their homes. And schools would stay open.

“We’re adopting a third way,” Castex said, saying that the strategy was built around a mantra of “containment without locking up”.

The day after, French President Emmanuel Macron took issue with the way the announcements had been reported by the media, saying “strictly speaking, the term lockdown is not right”.

The government has since abandoned the form needed to justify leaving home, which sparked ridicule when it was revealed to be two-pages long and with a choice of 15 different boxes to tick to justify an outing.

The list of “essential” shops has also grown — hairdressers as well as shops selling video games are allowed to open along with book and music stores.

The biggest change has been to the nation-wide evening curfew, which has been pushed back to 7 pm.

“It’s better now because it means you can stay out for an extra hour,” 22-year-old cinema student Clement said in the Tuileries garden near the Louvre museum, adding that he was continuing to see friends.

With the arrival of warm spring-time weather on Wednesday, groups of young people could be seen socialising in public spaces around the city, including on the lawns of the Louvre.

This prompted a reminder of the rule: no more than six people will be allowed to gather outside, the interior ministry announced late Wednesday.

The evolving measures and mixed messages have led some ministers and ruling party MPs to grumble — under the cover of anonymity — about the unclear communication from their colleagues.

“It’s been a very difficult week,” one told Le Monde newspaper. “There’s been some hesitation and imprecision.”

Medics and epidemiologists meanwhile are warning about the consequences.

“I understand the strategy of wanting to do gradual measures, but with the situation we are in I’m not sure that they are going to slow down the epidemic,” Solen Kerneis, an infectious diseases specialist at Bichat hospital in northern Paris, told AFP.

“For the last week, it’s been extremely worrying. The curve is really exponential. We’re in a sharply accelerating phase of the epidemic,” she added.

Macron is under sustained fire from opponents after taking personal responsibility for not ordering a third national lockdown at the end of January against the advice of senior scientific aides and his health minister.

Having staked so much credibility on the issue ahead of elections next year, a fresh lockdown now would be a gift to his critics who accuse him of arrogance and mismanagement.

The executive “is still looking to avoid a third lockdown”, a government source told AFP this week, defending the choice not to lock people up because of the severe mental health consequences.

The executive has made clear that it sees mass vaccinations as the only way out of the crisis — but the campaign has been stuttering since the start of the year because of a chronic lack of doses.

When Macron visited a vaccination centre in northern France on Tuesday, he again promised an acceleration.

“We as health professionals are ready, but we don’t have the doses,” a pharmacy owner, Herve Momentym, told him during his trip.

France has administered at least one dose to around six million people so far, around 10 percent of its population, according to data from the health ministry.