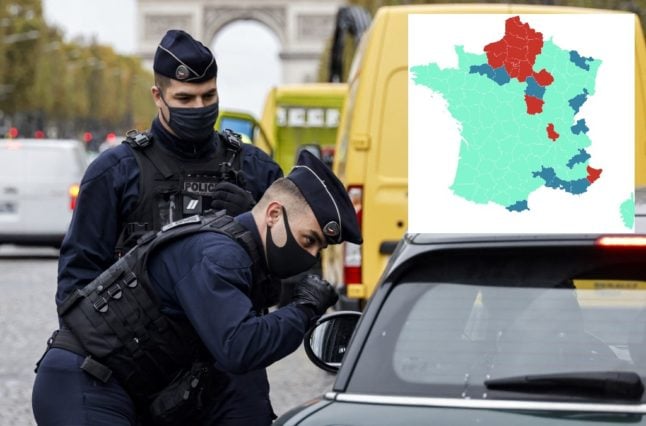 The areas of Rhône (including the city of Lyon), Nièvre and Aube were on Thursday added to the areas of France under extra restrictions as case numbers climb.

They join 16 départements, including the whole of the greater Paris region, which were placed under extra measures from Saturday, March 20th.

While the new lockdown measures are considerably more relaxed than those in the spring an autumn, non-essential shops closed, travel banned and socialising limited.

For the rest of France, life continues as before, and even got slightly easier as the curfew moved back one hour and now runs from 7pm-6am across the country.

However several areas are approaching the same conditions as the 19 under lockdown and risk extra restrictions.

The government has said it will base the decision on three factors; the number of cases per 100,000 of the population, the situation in local hospitals, in particular the intensive care occupancy rate and the speed of the growth in case numbers.

There are 12 départements at risk under this rating, all have passed the threshold of 250 cases per 100,000 people and many are reporting severe pressure on hospitals.

The tiny département of Territoire de Belfort on the Swiss border is also approaching the threshold, but as its small size means it has a lot of transit through it, it seems likely that extra measures here would be co-ordinated with its neighbouring areas.

However, being on the ‘at risk’ list does not necessarily mean a département will be placed under extra restrictions.

This time the government is making decisions on a case-by-case basis taking into account a range of local factors.

The next scheduled update on the overall health situation and restrictions is on Thursday, April 1st.