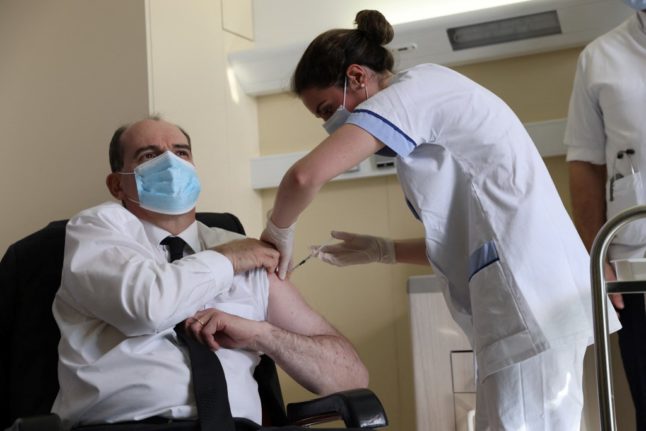 Sixteen départements in France entered new restrictions at midnight but residents of those regions will be able to travel within 10 kilometres of their homes for an unlimited amount of time to exercise.

This is a much lighter approach than the first lockdown a year ago in France. Emmanuel Macron said yesterday that the word “confinement”, or lockdown, isn’t appropriate because people will be allowed to go outside.

Why has the government chosen this strategy?

The risks of transmission outside are much lower than when people gather inside, Prime Minister Jean Castex told a press conference on Thursday.

Emmanuel Rusch, president of the Société française de santé publique (SFSP) and an epidemiological specialist, told France Info: “It’s logical to relax the time and distance you can spend outside. The scientific data we have show that transmission mostly happens inside.”

READ MORE:‘Attestations’, shop closures and 7pm curfew – what changes in France this weekend?

Research by the Pasteur Institute found that only 5 percent of transmissions between different households happened outside. Professor Rusch also believes the decision to lockdown without “enclosing” residents could have wider benefits. He said: “This measure is really important for people’s mental health. It’s also important to allow physical activity, because lockdown can lead to inactivity.”

Will it be enough?

However, several experts have said they are disappointed with the new restrictions, arguing that the government has used “half measures for too long”.

To recap, the government introduced a national curfew at 9pm in October, placed France under lockdown in November, reintroduced an 8pm curfew in December and brought that curfew forward to 6pm in January.

Professor Gilbert Deray, who leads the renal service at the hôpital de la Pitié-Salpêtrière, told BMFMTV: “With these measures, we are choosing an intermediary route again. I hope it’s going to work but I am not at all sure. It’s very clear that we’ve been using half measures since November.”

Jean-François Timsit, who leads the intensive care and infectious diseases service at Bichat Hospital in Paris added: “It’s attractive for young people who are going to be able to continue to go outside but I am not sure that, given the amount of the virus in circulation at the moment, it will be enough to halt the virus. So I’m not too hopeful.”

He added that he was “quite worried about the month ahead and what is going to happen in particular at the hospital and intensive care.”

Pressure on hospitals is also increasing, with 25,552 people in hospital with COVID-19 on March 6th, while the weekly number of hospitalisations increased by 5 percent compared with the previous week.

However, the director of the infectious diseases service at hôpital Saint-Antoine, in Paris, Karine Lacombe, said that the decision taken by the government was the right one.

READ MORE: France resumes AstraZeneca vaccination – but for over-55s only

She said: “It’s the adequate measure for the health threat… the government hasn’t chosen to impose a hard lockdown, it has made a compromise between the need to control the epidemic and what people will accept.”

Jean-Michel Constantin, another service director at the hôpital de la Pitié-Salpêtrière told France Inter: “Purely from the point of view of the hospital, a hard lockdown would have been more attractive, but if we look at an overall health perspective; mental health, everyone is fed up, if we show a bit of willingness, if we want it to be respected, I think that the compromise [the government has made] is quite a good one.”